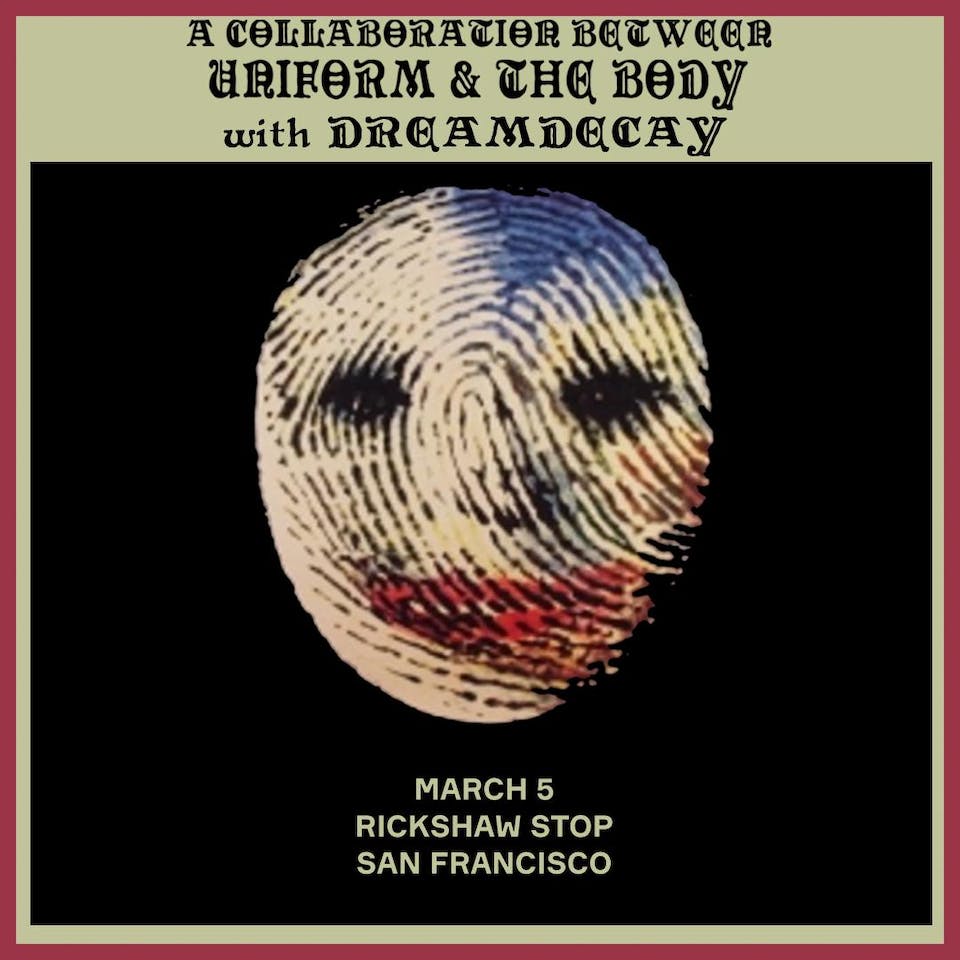 In Spring 2017, Uniform was asked to support fellow noisy, boundary-pushing duo The Body for a European tour. Having been longtime fans of the band, Uniform vocalist Michael Berdan and guitarist Ben Greenberg jumped at the opportunity. During the planning phase of the tour, Berdan and Lee Buford from The Body started corresponding regularly. Ultimately, Berdan asked Buford if he and The Body cofounder Chip King would be interested in making a collaborative record with Uniform. Buford enthusiastically assented, and the seed of Mental Wounds Not Healing was sown. Now they've collaborated again! https://www.sacredbonesrecords.com/collections/uniform-the-body

Dreamdecay was formed in 2011 and over the course of multiple demos and two proper full length releases, have become one of the most innovative bands to emerge from the Seattle underground. Live, and on record, the band creates a propulsive fusion of psychedelia, noise, art and punk rock that has won over crowds throughout the U.S. Dreamdecay has played alongside Thee Oh Sees, Wand, Daughters, and a recent hometown spot opening for My Bloody Valentine. The band is currently recording their third LP. https://dreamdecay.bandcamp.com/music

Strangelight started in a small basement studio. The members have all been in a bunch of other bands: Made Out of Babies, Thursday, Red Sparowes, Pigs, United Nations, Goes Cube, Mussels, Kiss it Goodbye... Too many to name really. The bands have little in common but the guys, Brendan Tobin, Cooper, Kenneth Appel, John Niccoli and Geoff Rickly share a love for all things angular, discordant, rhythmic and driving. Drawing heavily on DC visionaries, Amphetamine Reptile destroyers and Touch & Go noisemakers, Strangelight wrap their influences around them like a flag. https://www.facebook.com/strangelightband/ 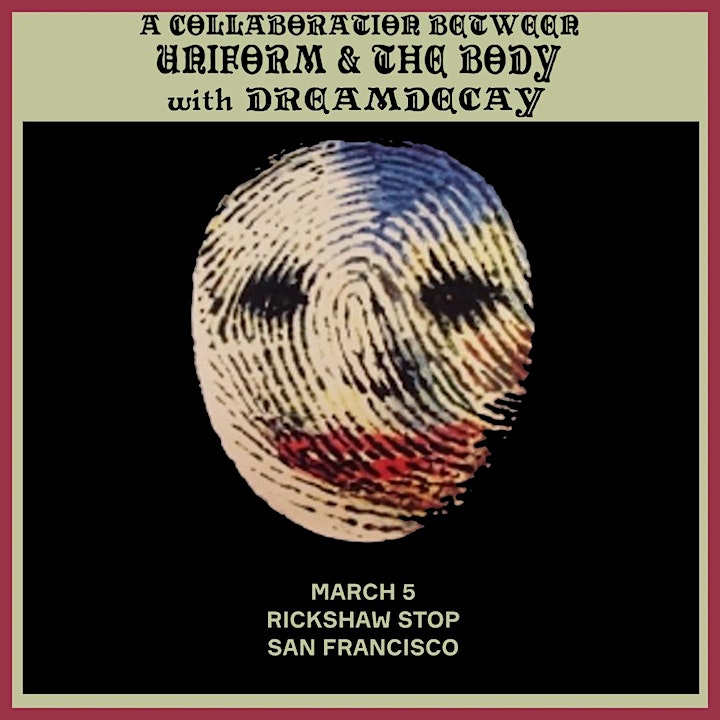 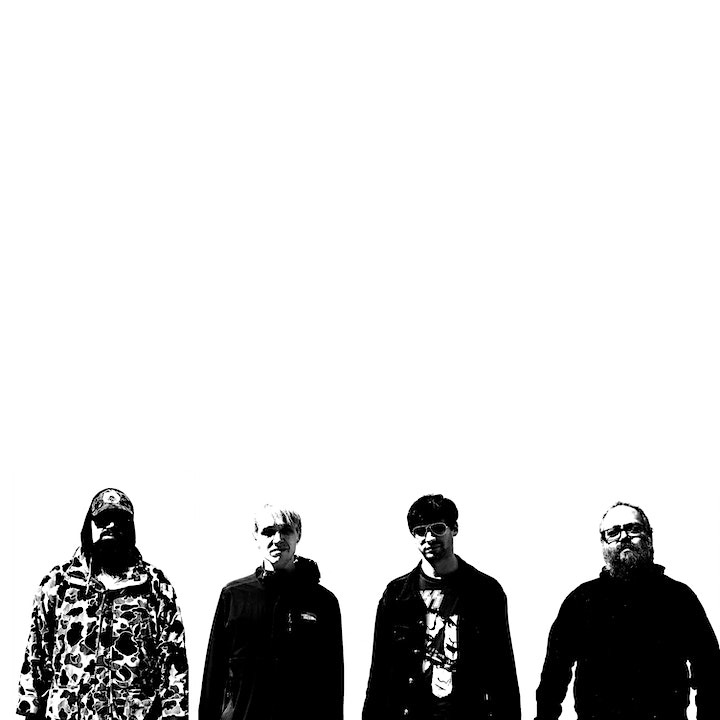 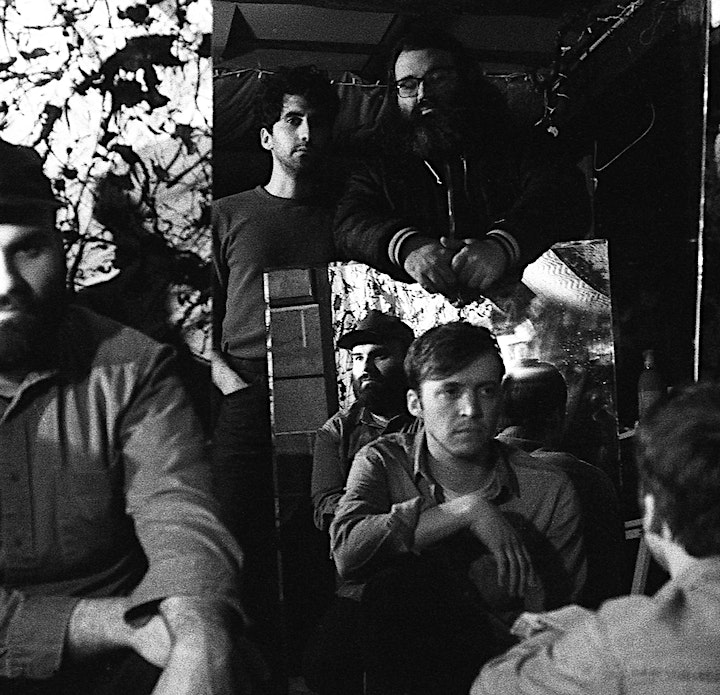