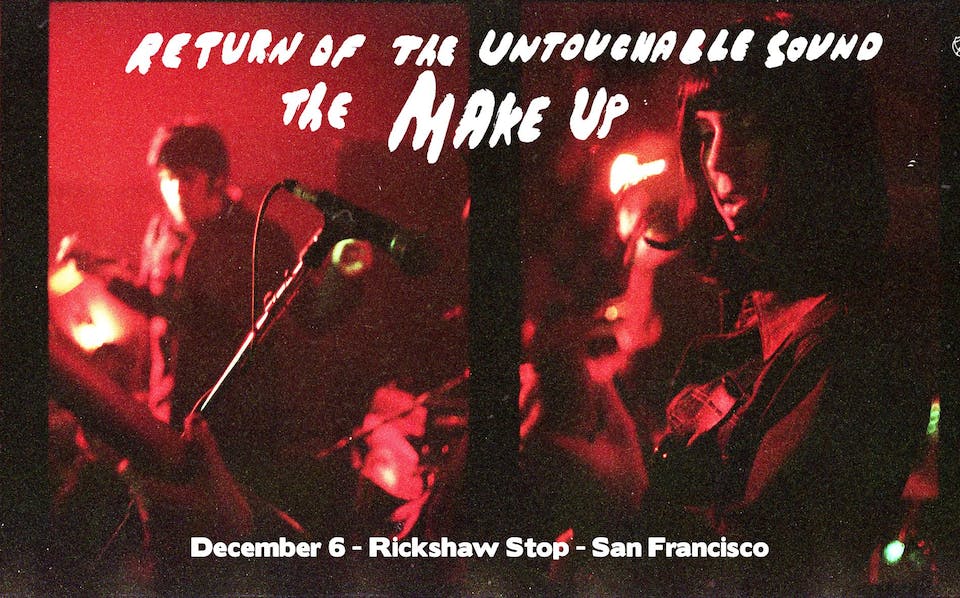 THE MAKE UP is the Washington, DC group that re-defined underground music in the middle and late 1990s with their peculiar and incendiary blend of gospel, garage and yeh-yeh music. Known for their dynamic and interactive live presence at hundreds of shows across 5 continents, the group also recorded 7 LPs, 14 singles and EPs and and collaborated on films, videos, pamphlets, and happenings. They toured extensively as a headliner and with groups such as Royal Trux, Sonic Youth, Fugazi, Dub Narcotic Sound System, Lung Leg, Harry Pussy, and many others.

The group has been called “dazzling … best dressed … martial … terrifying.” Their shows were known to feature communication, sermonizing, crowd participation, and dancing virtually unknown in the staid world of indie and garage rock. Their style was perfect, with matching Mao style jackets, with new versions designed for each tour.

The group was widely copied as well and precipitated and inspired a wave of “garage” imitators in the 21st century who often had commercial success but lacked the spark, character, nuance of the Make Up. Occasionally, when the moon is bright and the wolfsbane blooms, the group has come out of hiding for rare and exciting personal appearances since disbanding in 2001. They are making one of their rare returns now for a short time only, available for very special events.

Featuring Ian Svenonius on vocals, James Canty on guitar, Michelle Mae on bass guitar and Mark Cisneros on drums, and performing classics such as “they Live By Night”, “I am Pentagon”, Walking on the Dune” , “Here Comes the Judge,” “Every Baby Cries the Same,” etc, the Make-Up is as extraordinary as ever.

In addition to being the Hunx of Hunx and His Punx, Seth Bogart also performs and records music under his own name. His last solo album was released in 2016 and featured guests like Kathleen Hanna and Tavi Gevinson. He is currently recording a new album to be released in early 2019 as well as a new EP with Hunx & His Punx. He is also known for visual art and has performed and exhibited at MoCA, LACMA, 356 Mission, Participant Inc, Fierman, Soccer Club Club, MOCAD & more. https://wackywacko.com 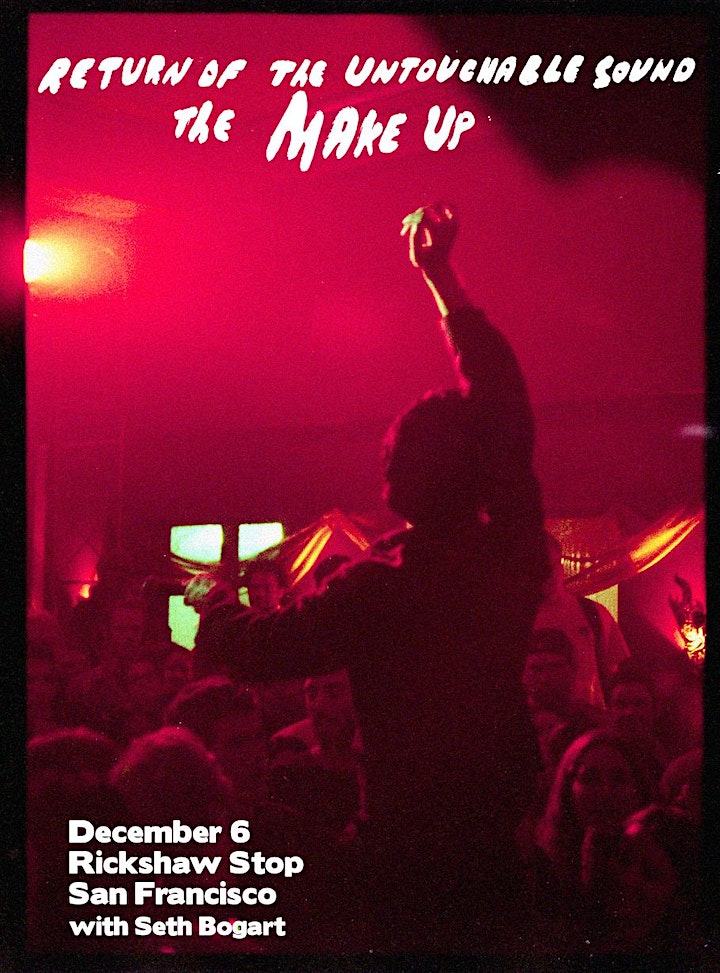 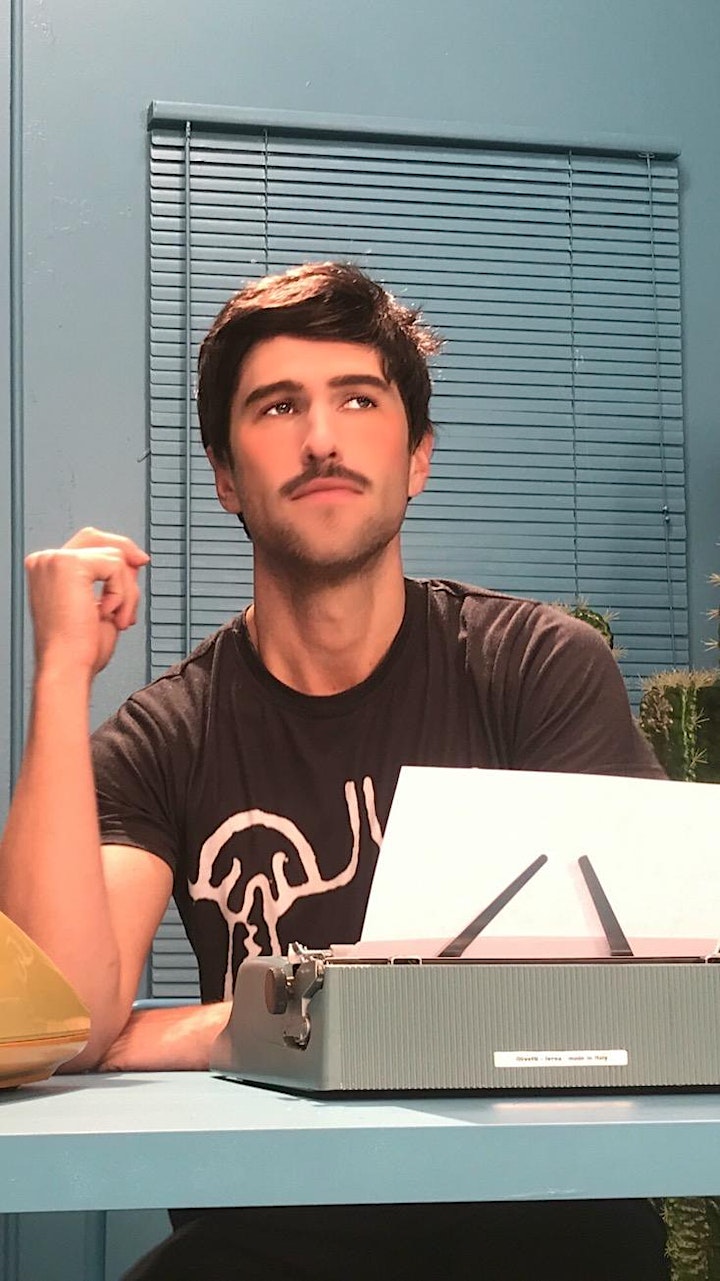