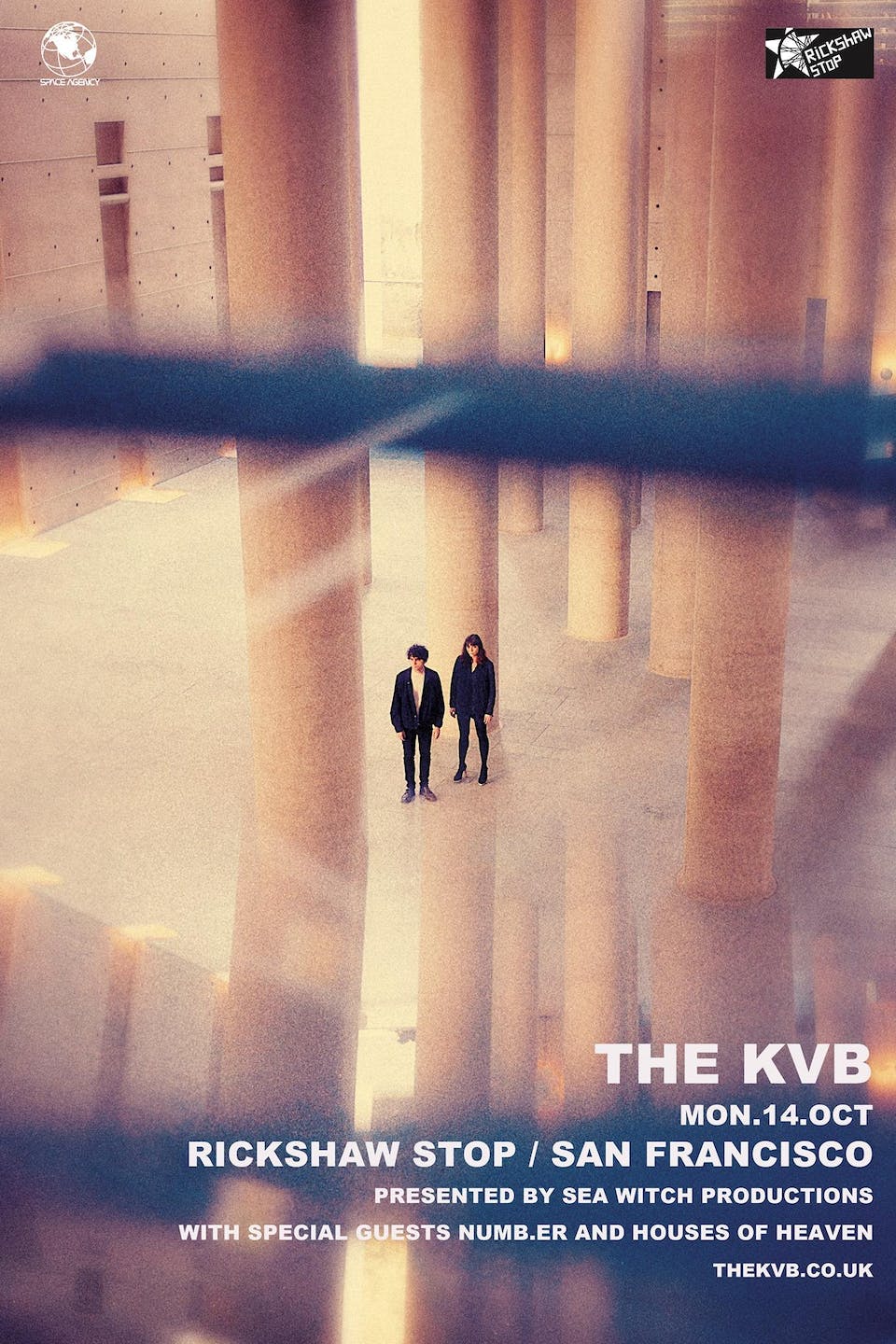 We regret to inform you that due to visa reasons beyond the band's control the March 6 show for The KVB has been postponed.

Luckily, however, the show has been rescheduled to Oct 14, and all tickets purchased will be valid for the new date. If you would like a ticket refund, please let us know! 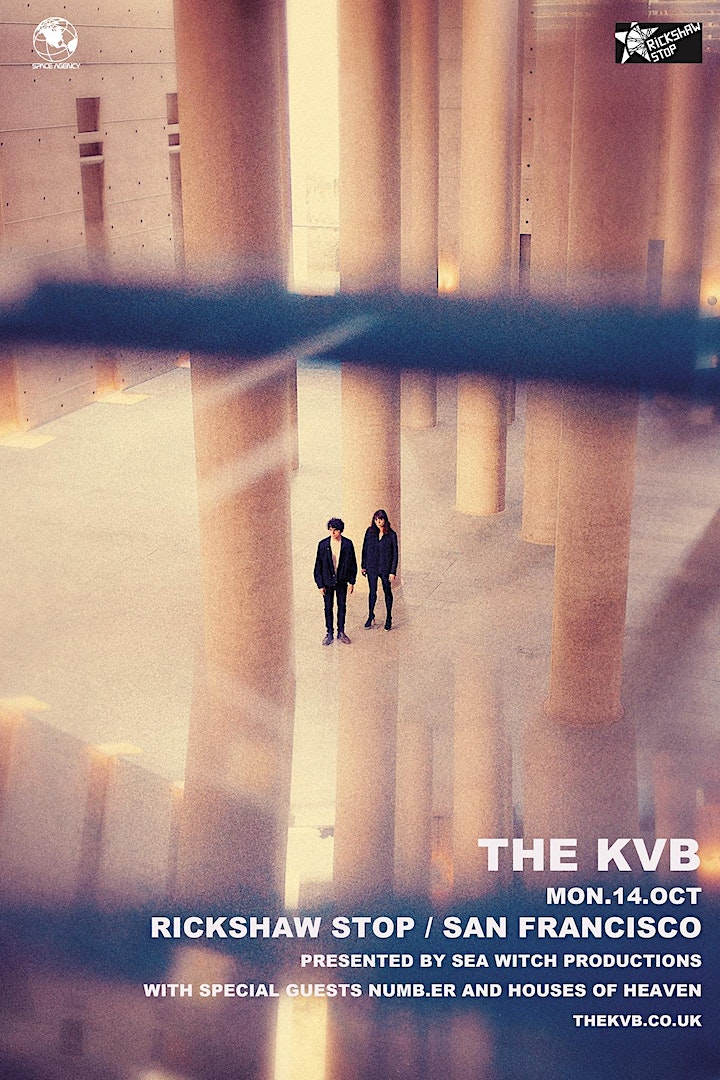 Blending reverb-soaked shoegaze with minimalist electronic production, The KVB's music reflected Nicholas Wood and Kat Day's mastery of atmosphere even as their sound evolved over the course of the 2010s. Early releases such as 2012's debut album, Always Then, dealt in brittle beats and sonic blasts that evoked Cabaret Voltaire and the Jesus and Mary Chain in equal measure, but the duo's style became more streamlined and sharp-edged on later efforts such as 2018's Only Now Forever.

Formed in 2010 by singer/songwriter/multi-instrumentalist Nicholas Wood as a solo project, The KVB got started with a number of limited cassette and vinyl releases that included the single "The Black Sun" on FLA Records and the Into the Night EP on Downwards Records. Vocalist/keyboardist/visual artist Kat Day joined Wood in 2011, and The KVB released its debut album, Always Then, in 2012 on Clan Destine Records.

For 2018's Only Now Forever, Day and Wood took a freer, more independent approach, recording on their own in their Berlin apartment for the better part of a year.

Numb.er is the sonic brainchild of Los Angeles based photographer and visual artist Jeff Fribourg. With a background in graphic design, Fribourg imbues his work with a sense of architectural composition, layering angular guitar riffs and analog synths over throbbing drums and driving bass.

Fribourg developed his love affair with synthesizers -- and his open-minded approach to music -- as a founding member of LA psych-kraut favorites Froth. However, it was only with the creation of Numb.er that he was able to fully explore his eclectic musical inclinations. Combining elements of punk, shoegaze and post-punk, the project never commits to a singular worldview, allowing Fribourg’s vision to go anywhere without sounding ironic or forced.

With the release of Goodbye, the band’s first LP due in late May on felte, Numb.er offers a genre-defying sonic document that finds them maximizing the creative potential of the studio while always remaining true to their dynamic and arresting live sound. Mixed and mastered by Mikey Young of Total Control, Numb.er takes a carefully orchestrated approach to chaos and adds Fribourg’s own subtle knack for memorable hooks and soft, melodic passages.

San Francisco's Houses of Heaven is the project of Keven Tecon, Adam Beck and Nick Ott. Mixing drum machines, analog synths, ambient guitars and live percussion the band blends their musical love of shoegaze, dub, krautrock and electronic music into their debut EP, Remnant. The trio are working on a debut album due in late 2019 on Felte.