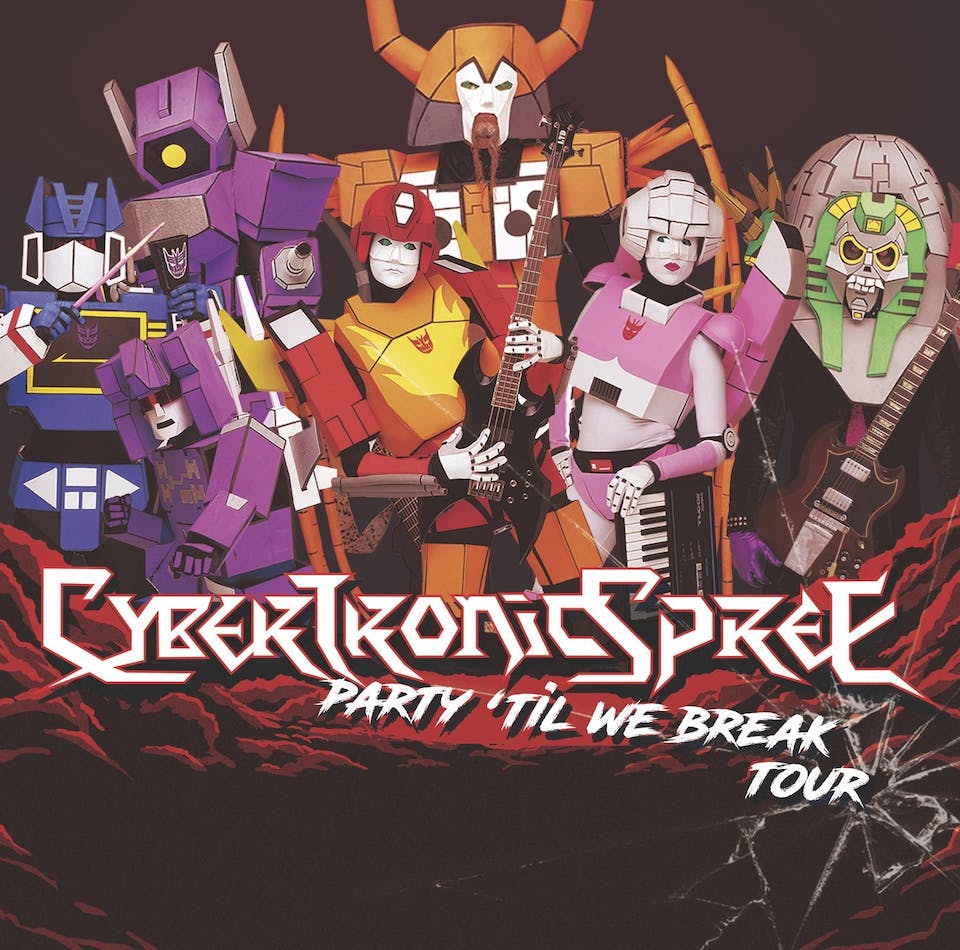 The Cybertronic Spree’s performance at Slim’s on April 8, 2020 has been relocated and postponed to Rickshaw Stop on October 14, 2021. All original tickets will be honored at the show and no exchange is necessary. You will have until October 31, 2020 at 5 PM PST to request a refund. Any refund requests after this time won’t be processed. 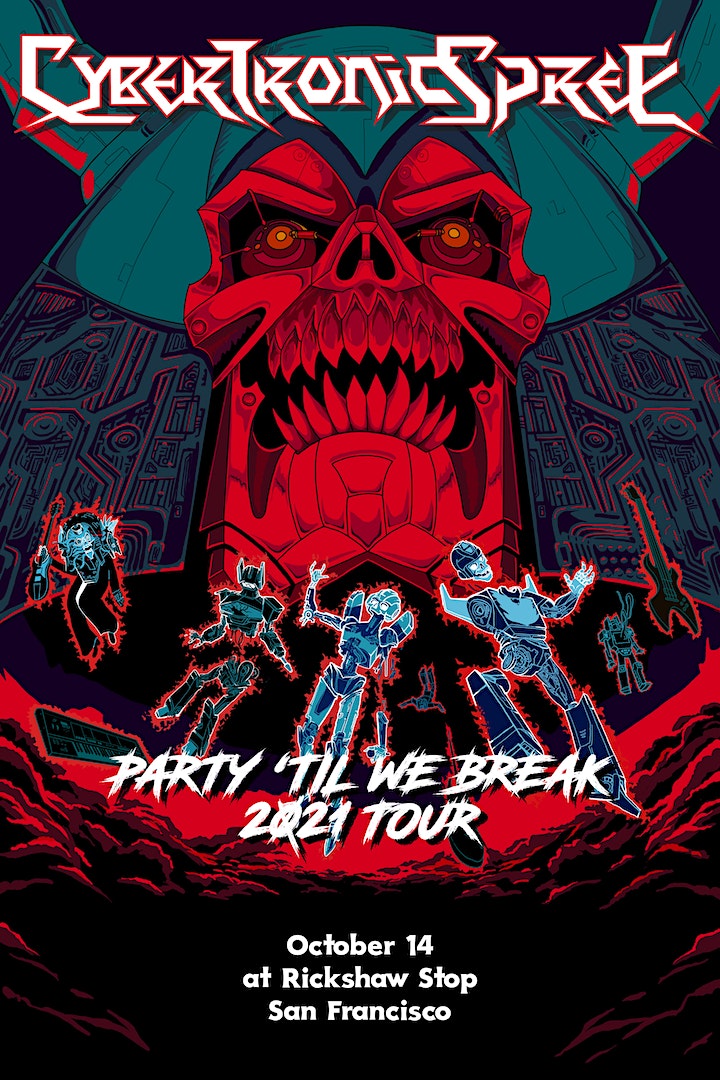 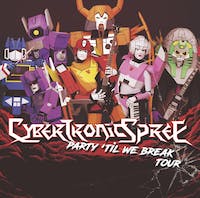 We are a band of Transformers and we are now on EARTH! We have come here to ROCK your FACES off! We used to be ENEMIES but now we have been brought together by the power of ROCK MUSIC.

More than meets the eye, The Cybertronic Spree are here on Earth with one critical mission: To party like it’s 1986! This band of Transformers has been brought together by the power of rock ’n roll and they can’t be stopped. Join Hotrod, Arcee, Rumble, Unicron, Soundwave, Bumblebee, Shockwave and a Quintesson as they prove they’ve got the power to light your darkest hour. Known across the galaxy for having cast aside their warring factions in the search for the ultimate party, these rockstars in disguise play music from The Transformers: The Movie, hit film and anime songs, and video game covers. They blend their love for the ’80s and ’80s metal into an energon-fueled, unforgettable live show!