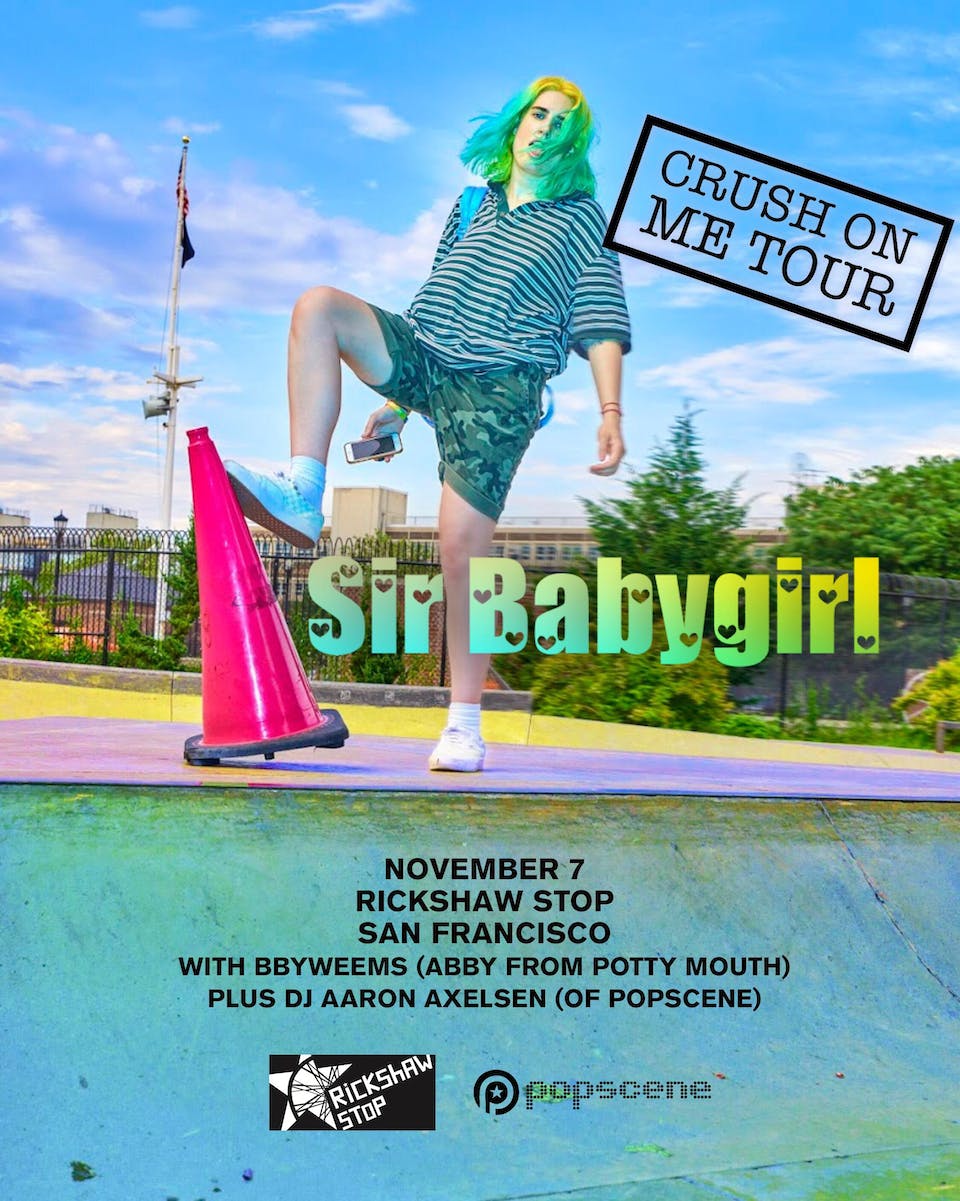 Born in Silicon Valley and raised in Hanover, New Hampshire, Sir Babygirl collected slumber party guests in the form of the bass, piano, guitar, along with formally studying voice. After attending Boston University’s School of Theater, she began to synthesize all her interests in the local Allston scene—fronting a hardcore bubblegum band, collaborating with local musicians, and tinkering with self-production on demos that would lead her to Sir Babygirl project.

Sir Babygirl quickly swapped diploma for a microphone to explore Chicago’s DIY and comedy scenes but was ultimately visited in a dream by pop princesses Britney Spears, Christina Aguilera, and dear departed high priestess Whitney Houston. The three divinities implored: pop was the pure plastic expression and cartoon catharsis for which Sir Babygirl was meant.

Crush on Me dances through discovery—from opener and debut single “Heels,” which sets Sir Babygirl as a bewildered, bisexual Cinderella bailing on the ball, all the way to the gentle self-courting of the closing title track. Along the way, Sir Babygirl rages through the agony and ecstasy of queer flirting (“Flirting with Her”), peels past layers of latent shame (“Cheerleader”), parties with old ghosts (“Haunted House”), trudges through social anxieties (“Everyone is a Bad Friend”), and basks in the glow of neon-lit nights out (“Pink Lite”). On the other side of the journey, Crush on Me ultimately celebrates the silliness and sanctity of a second adolescence, a rite so quintessential to the queer coming-of-age experience.

Imagine Karen O performing Robyn’s “Dancing On My Own” with Courtney Love strumming the synth line… or maybe a Max Martin-produced cover of Lauryn Hill’s “Ex-Factor” performed by My Chemical Romance’s Gerard Way. Wrap it all up in an aesthetic that marries Grimes to Ashlee Simpson in the uncanny valley of celebrity culture and neo-Absurdism. Somewhere out there, in between a girl group and a boyband, is Sir Babygirl… and her pug Baby Diva. https://www.facebook.com/sirbabygirl/ 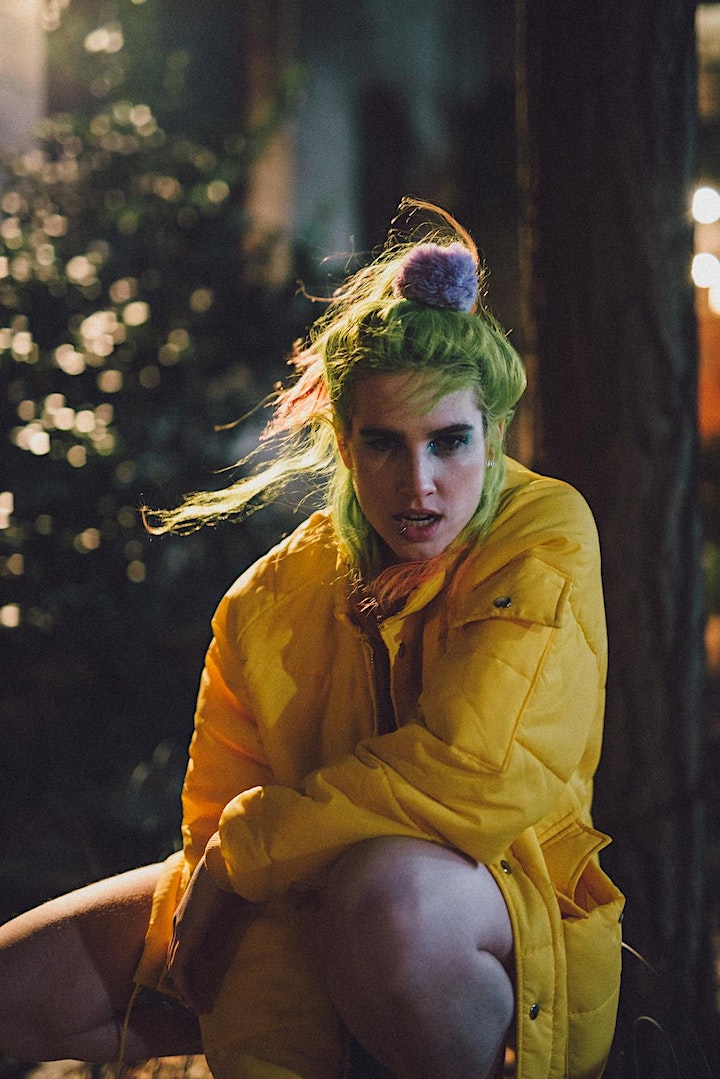 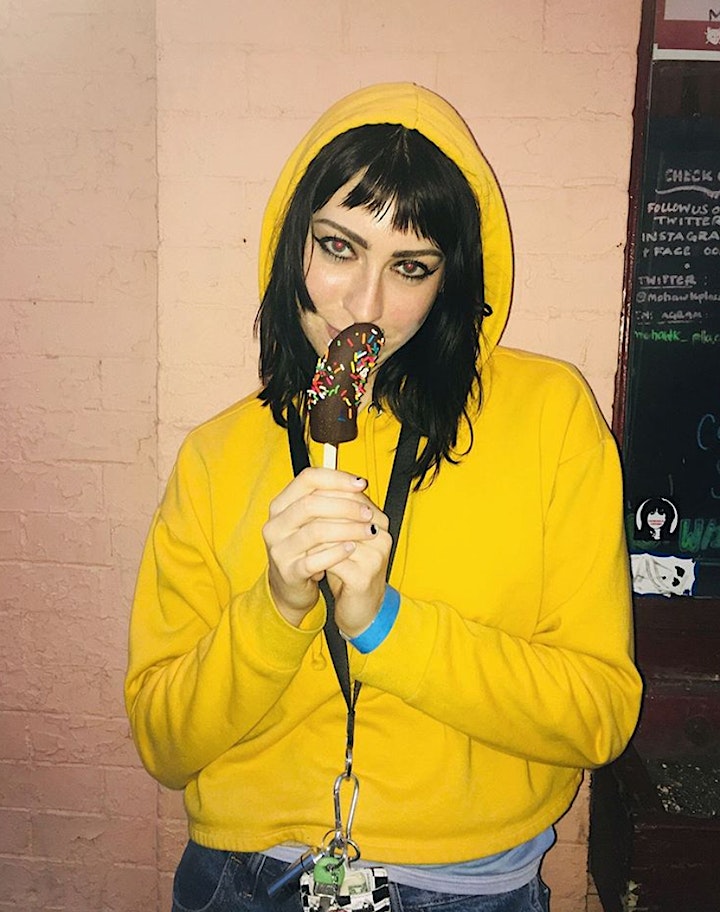 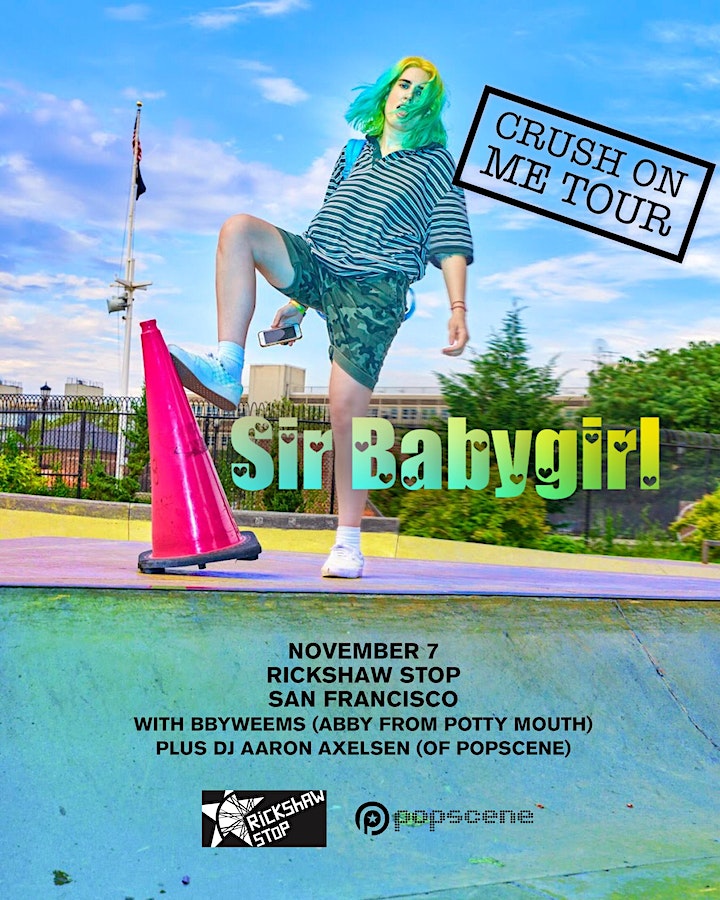