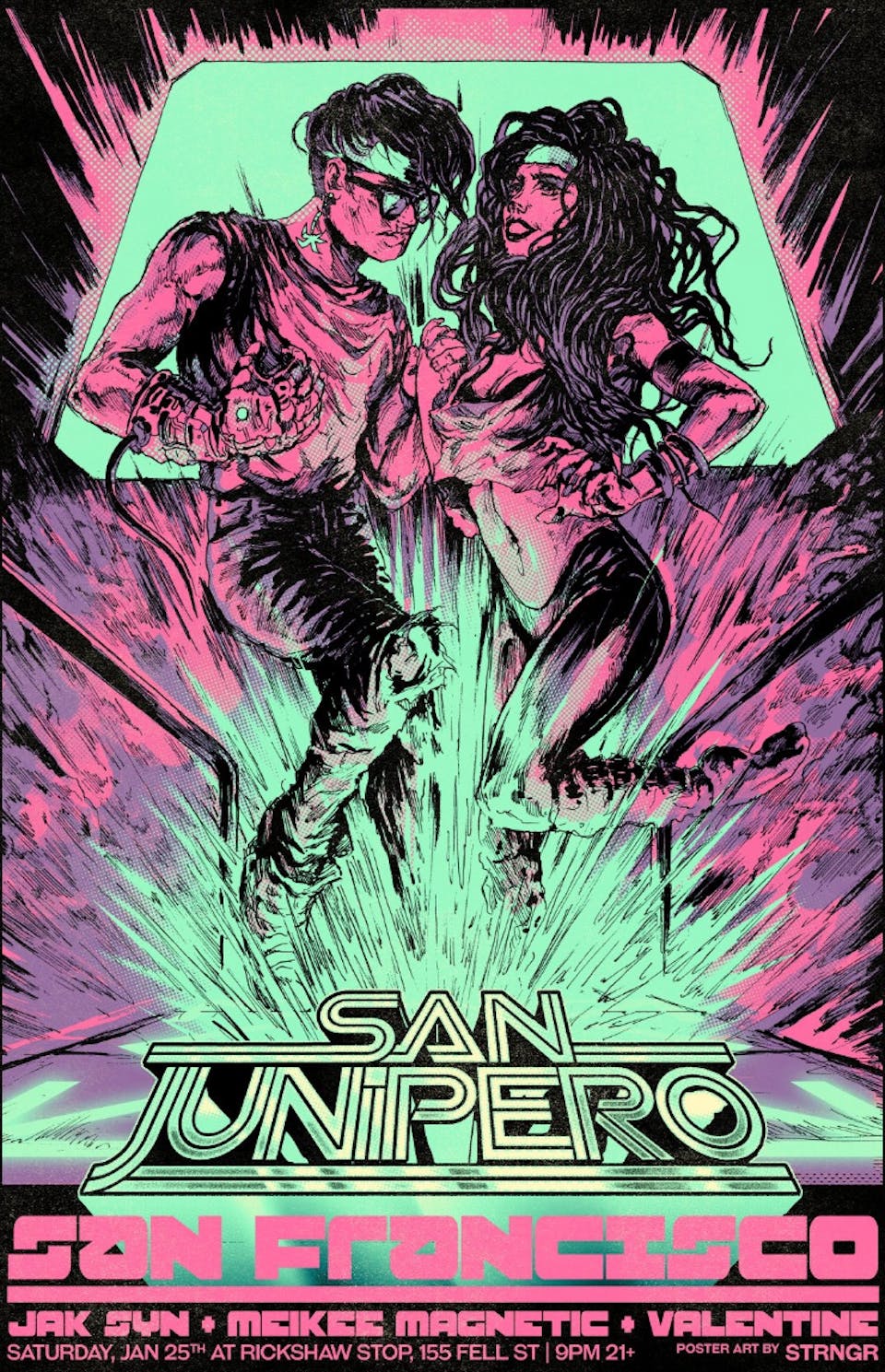 DJs Valentine, JAK SYN & Meikee Magnetic bring you a night of cinematic, 80s-influenced cuts by some of the best Retrowave/Synthwave artists out there today.

The first 50 people on the RSVP list who arrive at the venue will receive complimentary admission.

Retrowave (aka Synthwave, Outrun, futuresynth) is italo disco-edged, retrofuturistic synth music influenced by 1980s film soundtracks and video games in both it's sound and visual aesthetic. It expresses a nostalgia for 1980s pop culture by capturing the era's atmosphere and celebrating it. 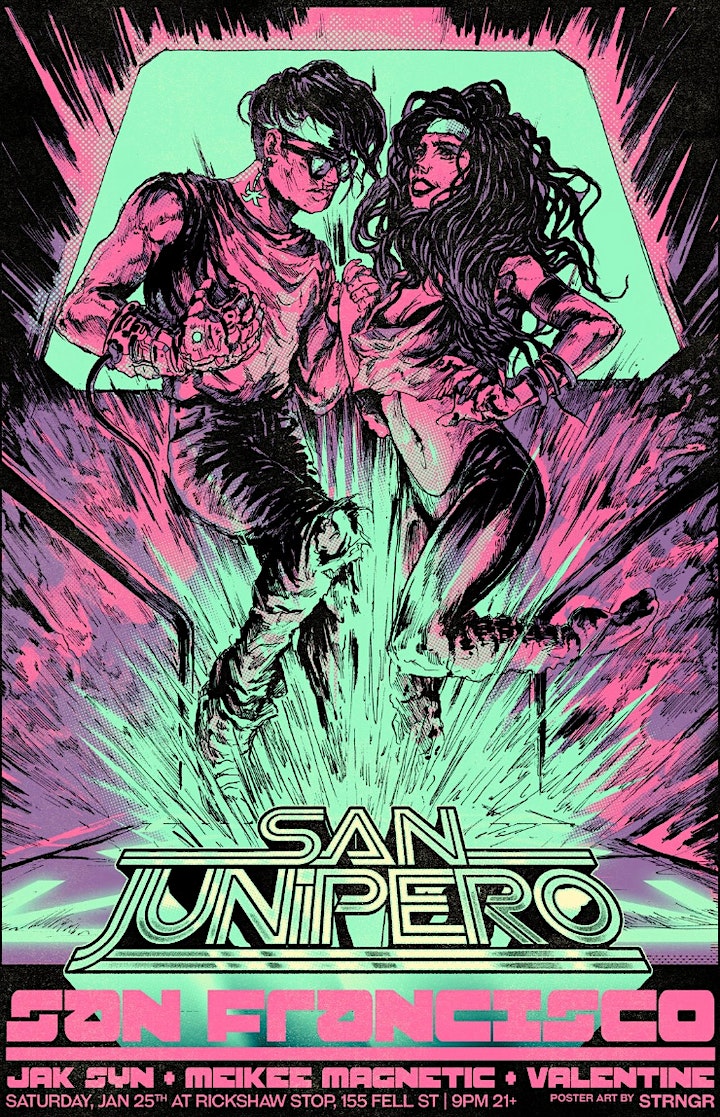