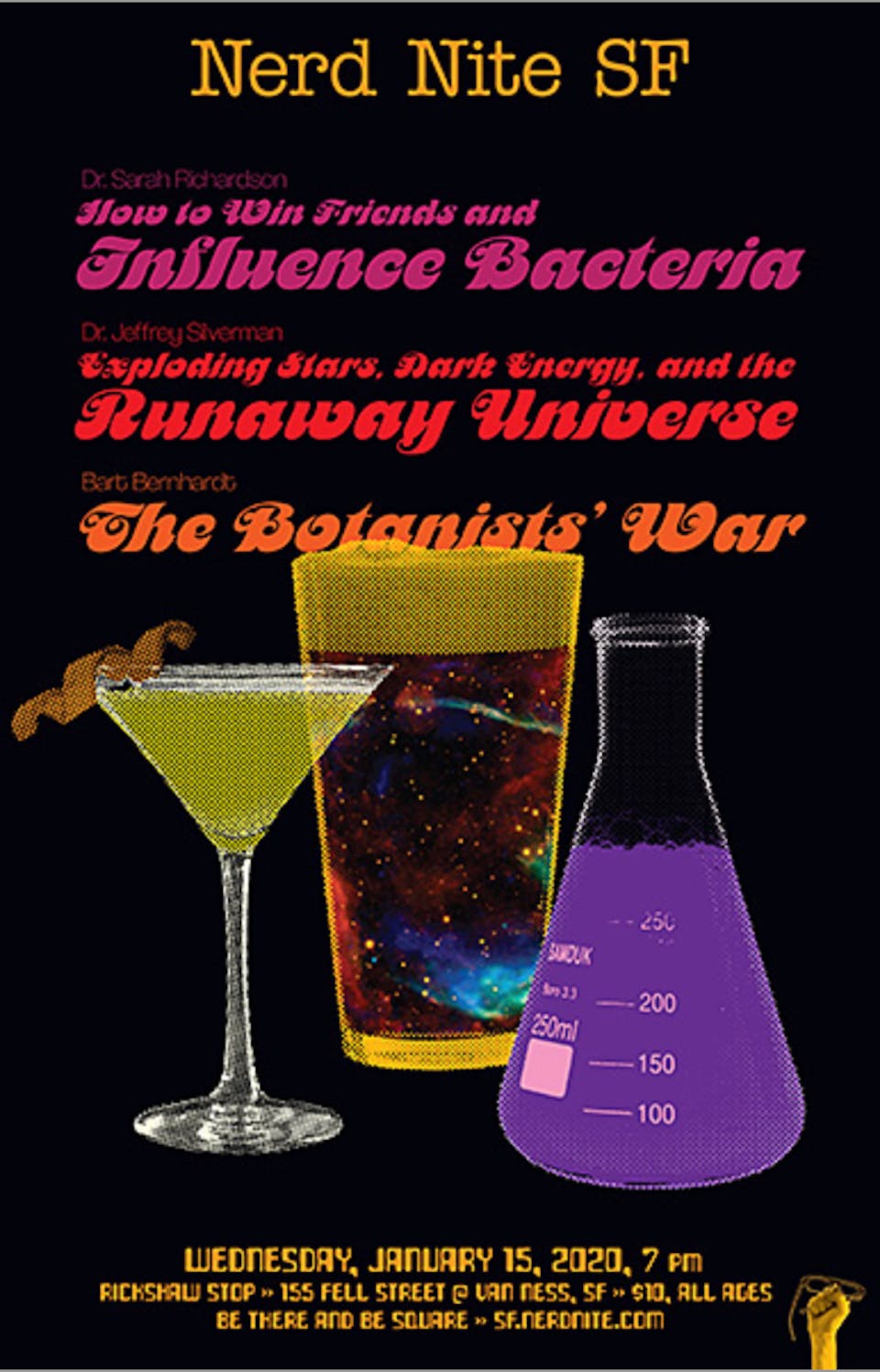 Press the space bar on your Dry January and come join us for boozy lectures, DJ Alpha Bravo, a full bar, and delicious eats. Be there and be square!

“How to Win Friends and Influence Bacteria” with Sarah Richardson

Bacteria run this planet. We humans are brash, crass, and tacky pretenders to the throne. If we don’t start learning and collaborating with bacteria instead of ignoring or controlling them, they're definitely going to snigger at us as we crash on past them into extinction. We've made some mistakes (NEVER go full petroleum!), but what up-and-coming species hasn't? There's still time to correct: we just need to borrow a trick from cows. We should form a direct democracy of microbes and people. After all, we're all biomass.

Some of the most energetic and fascinating objects in the Universe are exploding stars known as supernova. These colossal outbursts result from the deaths of stars and for a time can outshine the entire galaxy in which they're found. Elements necessary for life are built up in stars during their lifetimes and are spread throughout space during these supernova explosions. Observations of distant supernova provided the first evidence that the expansion of the Universe is speeding up with time, rather than slowing down. This wholly unexpected phenomenon is likely due to a repulsive "dark energy" and has become one of the biggest unsolved mysteries in modern science.

Jeffrey Silverman is Director, Data Science & Analytics at Samba TV where he uses Big Data to, among other things, figure out exactly how many people watched Game of Thrones. Before tech, he earned his PhD at UC Berkeley working on supernovae and dark energy with Prof. Alex Filippenko.

(Jeffrey is also the co-host of Big Screen Science, a monthly movie showing followed by a science presentation at the Alamo Drafthouse San Francisco, that we highly recommend!)

“The Botanists’ War” by Bart Bernhardt

Commando raids, political intrigue, heroic sacrifices, tragic deaths, and… plant science? This is the tale of two scientists–one Nazi, one Soviet–who sought to transform agriculture and save millions of people from suffering, and whose research and lives became strangely intertwined during World War II.

Bart is a co-organizer of Nerd Nite SF and is fascinated by great assholes in science history, of which there are some in this story. 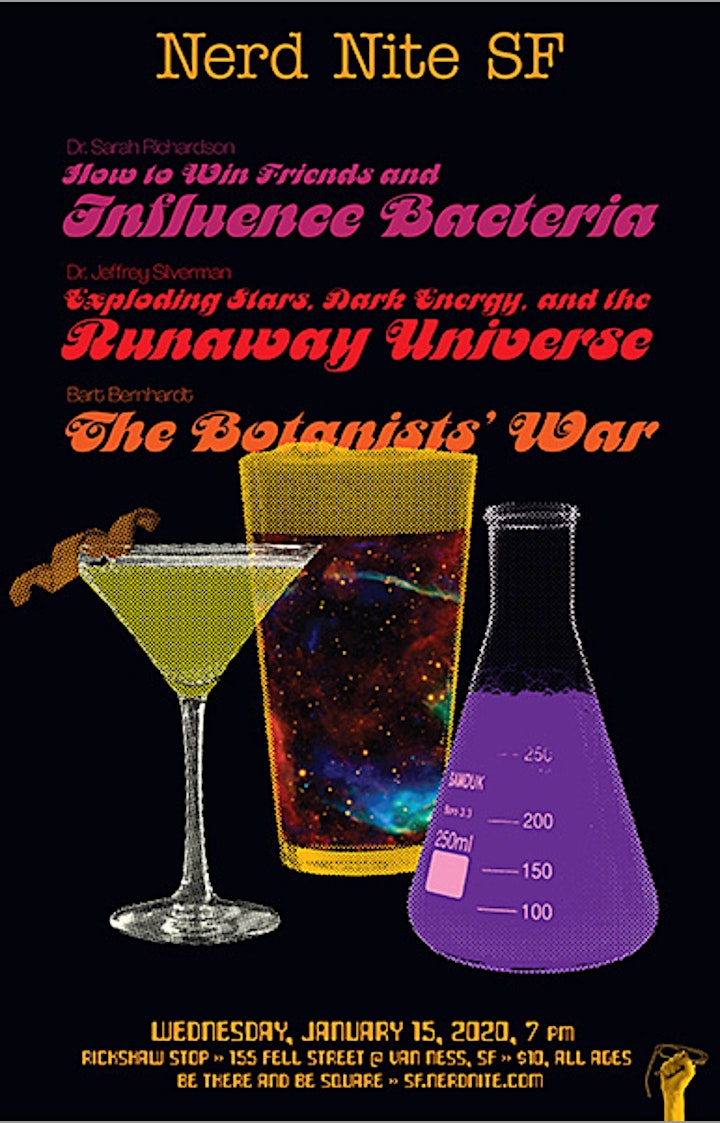