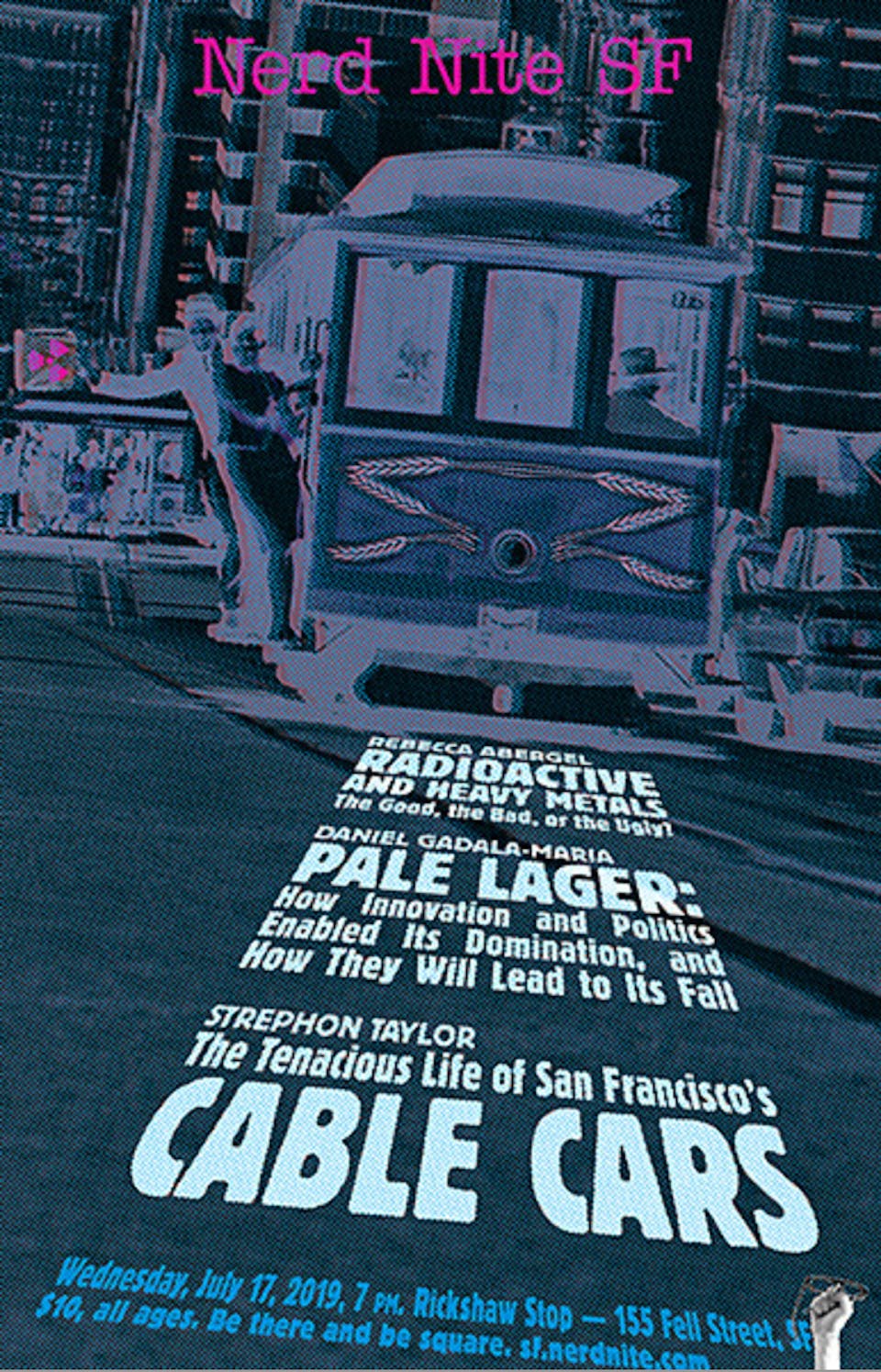 Drinking unusual beer, riding in cable cars and ridding oneself of dangerous levels of radioactive elements–three things that are absolutely wonderful. (Well, if you hate the taste of beer and think cable cars are overrated, at least we can agree on the third one!) So, pause your binge-watching of Chernobyl and come learn with us, drink up, get some reading recs from the SFPL, snarf gooey grilled cheese from the GCG, and listen to vinyl tunes from DJAB. Be there and be square!

"Radioactive and Heavy Metals – The Good, the Bad, or the Ugly?" by Rebecca Abergel

Exposure to heavily radioactive elements after a nuclear accident is a terrifying thought. But radioactive elements – including some that were created and added to the periodic table by scientists here in the Bay Area – can be used in beneficial medical treatments that work like “nuclear bullets” to target diseased tissue and cancer cells. We've also developed chemical tools to remove unwanted radioactive contaminants from our bodies and our environment.

Learn about these from Rebecca, an Assistant Professor of Nuclear Engineering at UC Berkeley and Heavy Element Chemistry Group Leader at the Lawrence Berkeley National Laboratory. Her research focuses on investigating the fundamental coordination chemistry and biochemistry of heavy and f-elements.

"Pale Lager: How Innovation and Politics Enabled Its Domination, and How They Will Lead to Its Fall" by Daniel Gadala-Maria

In the last century, American beer has been dominated by pale lager and often been likened to sex in a canoe...fucking close to water. Yet pale lagers also dominate globally: 92% of all beer fits into this narrow category. Beer has existed since prehistory, but pale lagers are younger than the U.S.A. So how the hell did we get here??? We'll discuss the innovations and politics--some brilliant and some abhorrent--that have played a key role, starting with beer riots in the Czech Republic. But take heart! We'll also cover how these same forces are now helping create a world that embraces and supports more diversity in beer!

Daniel Gadala-Maria was a biologist who, after a decade of study and beer-related side-gigs, turned his hobby into his profession; he’s now a brewer at Marin Brewing Company and a beertender at The Monk's Kettle.

Before our modern transportation systems, U.S. cities were about as big as a person could easily walk. As technology advanced after the Civil War, the horse-drawn omnibus became the preferred method of mass transit and cities began growing. But after witnessing a horse-drawn streetcar accident, Andrew Smith Hallidie, a San Francisco resident, put his knowledge of Gold Rush ore mining using steel rope into action: On Clay Street in 1873, the first successful cable car gripped popular imagination and thus began our ride through history.

Since 2010, Strephon has been producing his own movies and music through November Fire Recordings. Most of the projects are celebrations of Halloween, sci-fi, and horror... and San Francisco: "Remembering Playland," "Sutro's: The Palace at Lands End," "The Cliff House and Sutro Heights," and now "San Francisco Cable Cars." He has also shared wacky, spooky tales of San Francisco as the character Slob on "Creepy KOFY Movie Time."

Plus: The San Francisco Public Library will be on hand to dole out library cards, reading lists, and the hottest branch gossip. 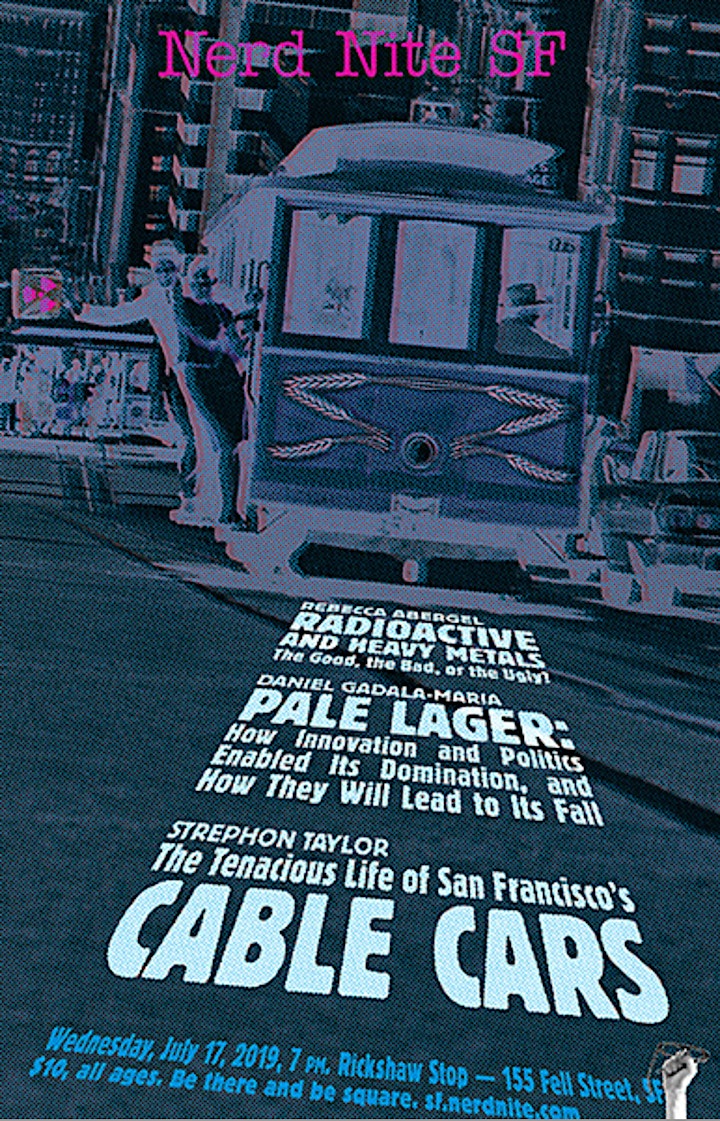