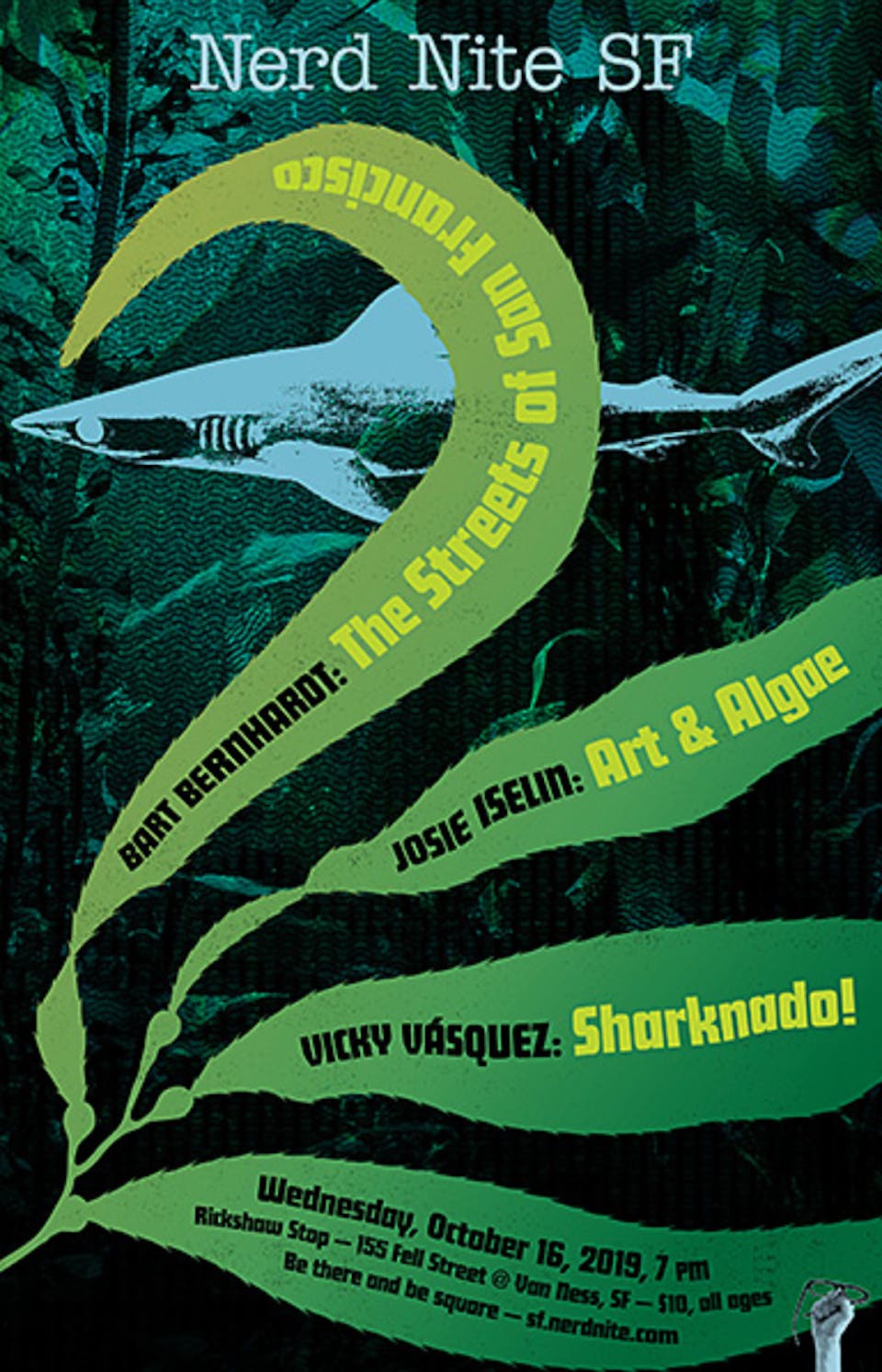 Take a deep breath and pinch your nose as we dive from the SS Rickshaw Stop and into a world of sinuous seaweed and shimmering sharks! We'll transform algae into art and discover new species, and if that's not enough to lure you out, we have DJ Alpha Bravo, a full bar, and Grilled Cheese Guy as bait. See you there, chums!

In her newest book, "The Curious World of Seaweed", author and artist Josie Iselin interweaves the science of seaweed with tales of pioneering women scientists and beautiful images of marine algae. Dive into the wondrous and surprising world of these foundational organisms.

Josie is a photographer, author and designer. She holds a BA from Harvard and an MFA from San Francisco State University. For many years she has used her flatbed scanner and computer for generating imagery. Iselin exhibits large-scale fine art prints at select galleries and museums, advocates for ocean health through education and speaks widely on the confluence of art and science. https://www.josieiselin.com/

Happy Sharktober, y'all! You've heard of the great white shark, of course, but have you heard of the honeycomb catshark, the lost shark, or the pyjama shark? Sharks that glow, take tiny bites of submarines, or fit in the palm of your hand? We'll raise a pint to our finny friends as we discover strange new or lesser known species of sharks in a whirlwind adventure from collections archives to the inky ocean depths to science celebrity.

Vicky is a graduate student at Moss Landing Marine Laboratories (MLML), pursuing a Master's in Marine Science with a focus on chondrichthyans and ecology through MLML's Pacific Shark Research Center (PSRC). She tweets at https://twitter.com/vickysharky

"The Streets of San Francisco" by Bart Bernhardt

Curious about the names that grace our streets? They're named after politicians and war heroes, sure, but also war losers, vigilantes, merchants, and scoundrels. Through them, they tell tales of colonization, accidental discoveries, wars, the Gold Rush, disastrous fires, and rampant crime. In this romp we'll see how the history of San Francisco is written onto our very landscape.

Bart Bernhardt is the co-organizer of Nerd Nite SF, and sometimes when speaker booking goes awry he has to get on stage and give a talk himself.

With: Alpha Bravo, who’ll be spinning tunes specially selected to match the presenters’ themes. Follow the set list at https://twitter.com/djalphabravo 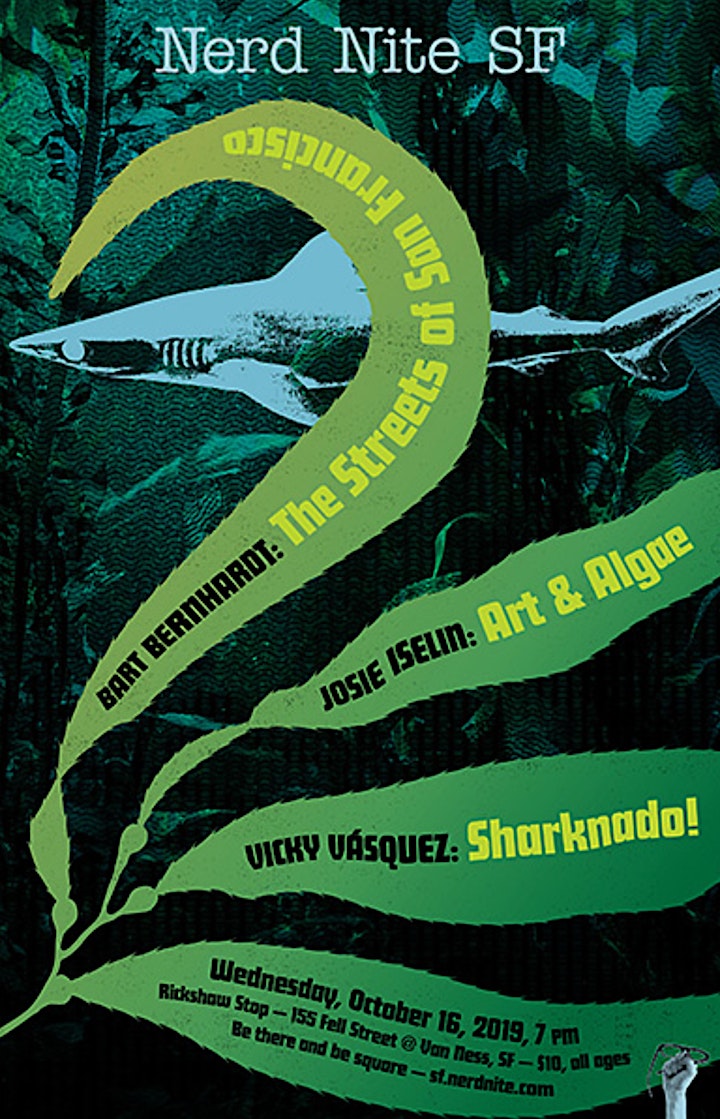