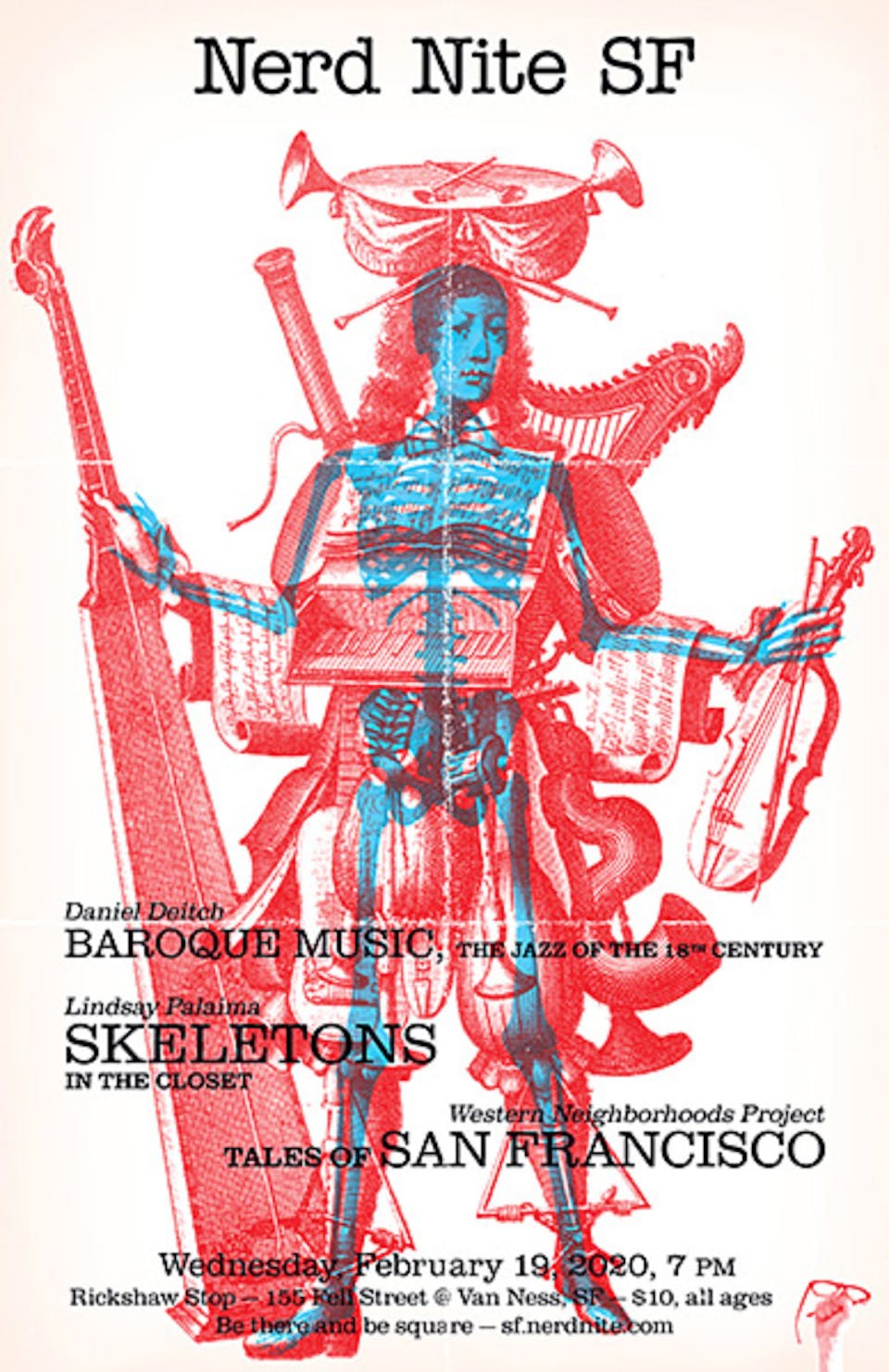 At this month's show, we go for baroque, bone up on a bone collector, and blow the lid off an incredible open source archive during a very special evening curated by our friends, stalwart stockpilers and disseminators of San Francisco history--the Western Neighborhoods Project! (https://www.outsidelands.org/) As always, we'll bring the drinks, eats, music, and learning, and you bring the curious. Be there and be square!

"Baroque Music, the Jazz of the 18th Century" by Daniel DeitchSongs are written precisely on sheet music, and that's exactly how they are meant to be played. Right? No! In the Baroque era, music was alive with improvisation--extemporaneous counterpoints over a cantus firmus, embellished melodies over ostinato chord patterns, and basso continuo, among other delights. But the industrial revolution destroyed this ancient art. Improvisation would have to wait until the 20th century to be reborn as jazz in western music.Daniel (http://www.danieldeitch.com/) is a professional musician and woodwind instrument repair person. He plays woodwind instruments in their modern and early forms as well as viola da gamba and cello. He's run a woodwind repair shop on Clement Street for 25 years and performs in at least five historically informed orchestras and chamber groups.

"Skeletons in the Closet" by Lindsay PalaimaShould you ever receive an invite to visit "The Bone Palace," some trepidation would be understandable! But in this case, you are being invited to admire an incredible collection of osteological specimens assembled over a lifetime and stored in a basement. Hear about late San Franciscan Ray "Bones" Bandar and the legacy of his collection of more than 7,000 skulls.Lindsay is a marine mammal enthusiast and museum wonk, and works as a collections registrar at the California Academy of Sciences, a nonprofit natural history museum and aquarium in Golden Gate Park.

"Tales of San Francisco" by Western Neighborhoods ProjectBadass teenagers, a future crusader, movable buildings, and marginal details--these are just some of WNP's favorite stories that have emerged from the OpenSFHistory project, which has digitized and published nearly 50,000 photos of SF from the 1850s through the 1990s and pinned them to an interactive map (https://opensfhistory.org/maps/index.php) that you can search and explore. (Go on! Look up your neighborhood. We'll wait!) Discover some amazing San Franciscans and learn what goes into researching and building this open source historical archive.David Gallagher is co-founder of the Western Neighborhoods Project, a 501(c)(3) California nonprofit that preserves, interprets, and shares the history of SF's west side. Nicole Meldahl is the executive director of WNP as well as an archivist, public historian, and award-winning journalist who has lived and worked in SF since 2002. Together they launched OpenSFHistory, which, according to server data, a lot of people have spent a lot of time on when they're supposed to be working.

With: Alpha Bravo, who'll be spinning tunes specially selected to match our presenters' themes. Follow the set list on Twitter @djalphabravoTremendous thanks to the Western Neighborhoods Project for guest-curating this program! 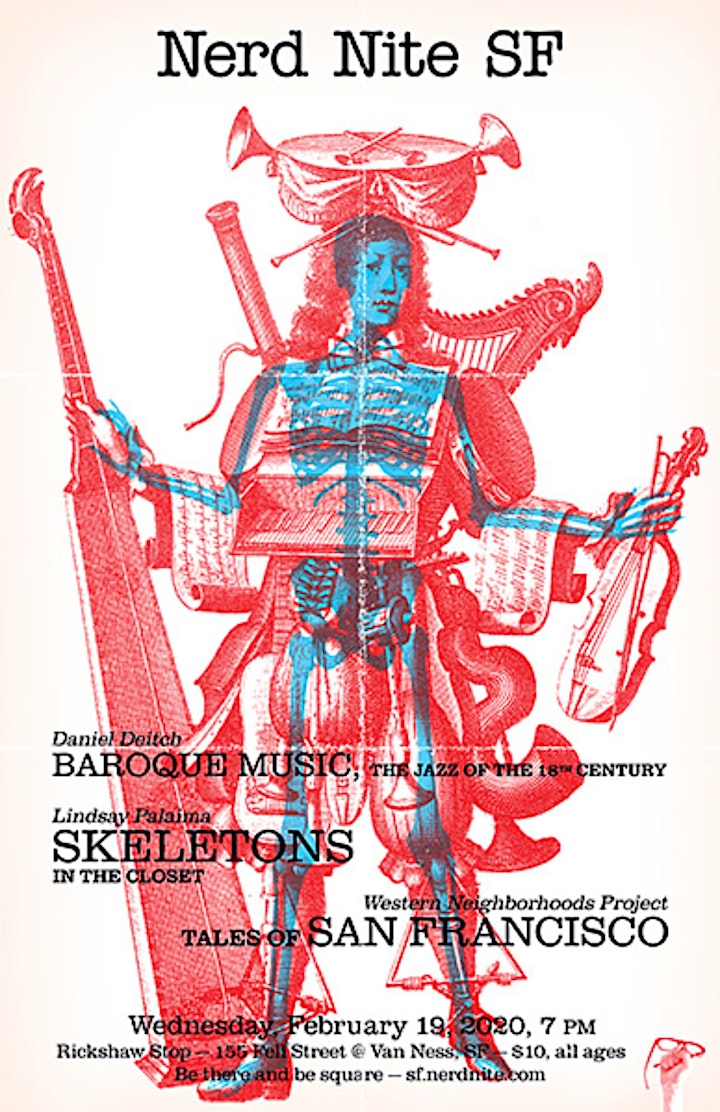