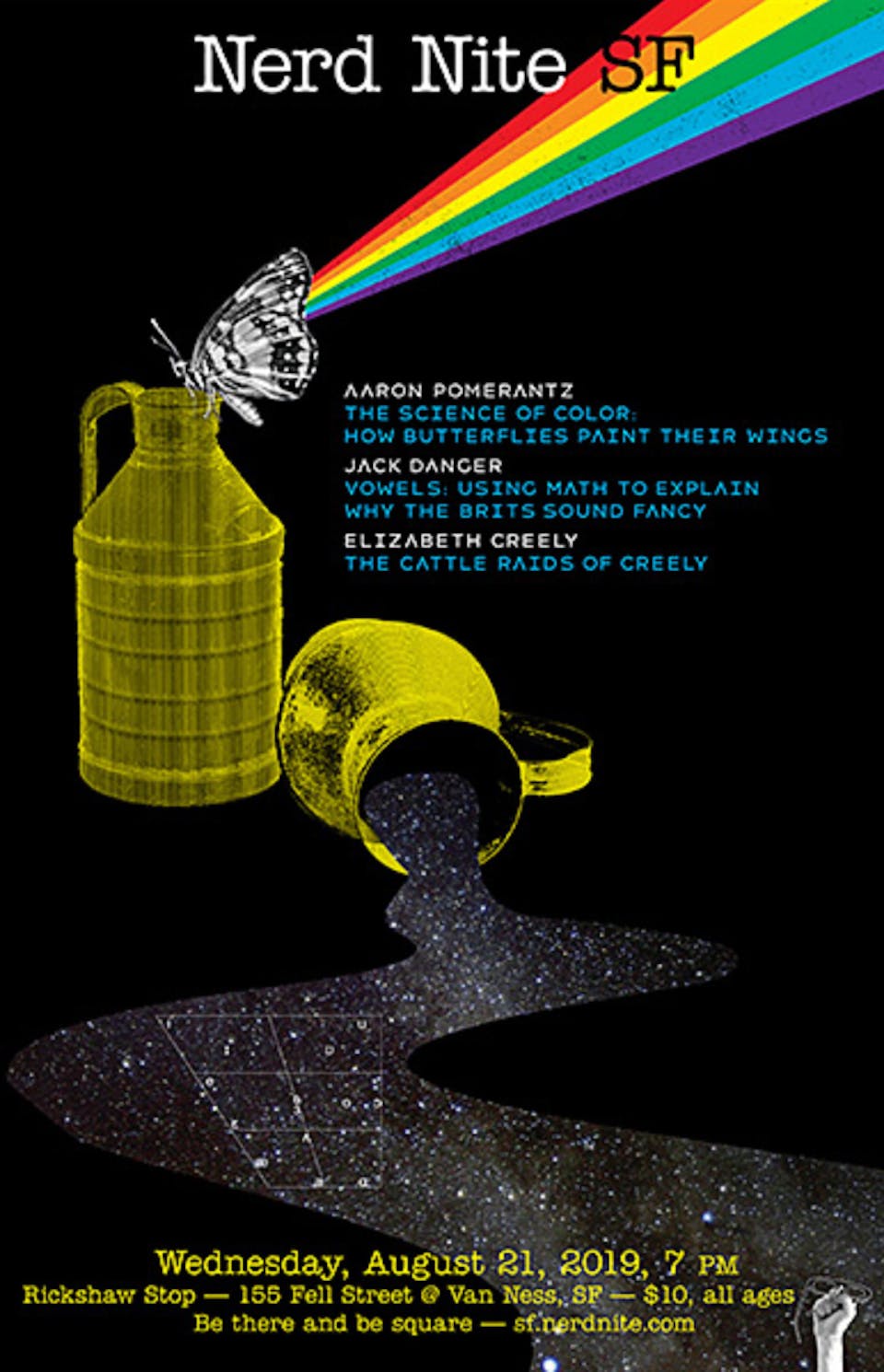 Flutter on down to the Rickshaw Stop for lots of "oooohs" and "aaaaahs", as we've rustled up some talks on coloration, vowels, and cattle raids! We promise you'll never look at butterflies, lips, and milk the same way again. So come learn with us, drink up, binge on bao, and listen to vinyl spun by DJAB. Be there and be square!

"The Science of Color: How Butterflies Paint their Wings" by Aaron Pomerantz

How is butterfly color created? In this lecture, Aaron Pomerantz takes us on a journey through the Amazon rainforest, where interesting observations about butterfly color and patterns lead him to use imaging and genetics to decode butterfly color.

Aaron is currently in a Ph.D. program in the Integrative Biology department in Dr. Nipam Patel's lab at UC Berkeley, and is interested in how butterflies are able to produce such an incredible array of colors through the use of pigments and structural coloration.

"Vowels: Using Math to Explain Why the Brits Sound Fancy" by Jack Danger

Were you taught the vowels "A", "E", "I", "O", and "U" ? Yeah, that's not English, that's Latin. In English we have twelve vowels. TWELVE. But we don't have letters for them so we don't talk about them. In this talk we'll dive down our own throats and find the mechanisms that generate sound. Then we'll plot that sound on a cartesian axis and visualize it. By the end of this talk you'll speak in a sexy Australian accent, you'll know how to pronounce 'about' like a Canadian (it's not 'aboot'), and you'll realize that your parents may have raised you with one of the hardest languages on Earth.

Jack has a degree in Linguistics and at age 18 legally changed his middle name to "Danger" on a dare.

"The Cattle Raids of Creely" by Elizabeth Creely

We don't think of SF as a cow-town, but in the late 1800s they were certainly a common sight, and fresh milk was a dietary staple. It was also regularly adulterated with chemicals, contaminated water, and other foulness. Armed with six-shooters and lactometers, Edward Creely, SF's official veterinary surgeon, and James P. Dockery, SF's first Milk Inspector, waged a war on toxic milk, raiding pastures and dumping thousands of gallons onto the streets. Learn about these daring dairy deeds and the rise of modern public health policy in SF.

Elizabeth Creely is a fourth-generation Irish Californian, Mission-based writer, public historian, and speaker who loves talking about dairies and the Irish. She's the grandniece of Edward Creely. 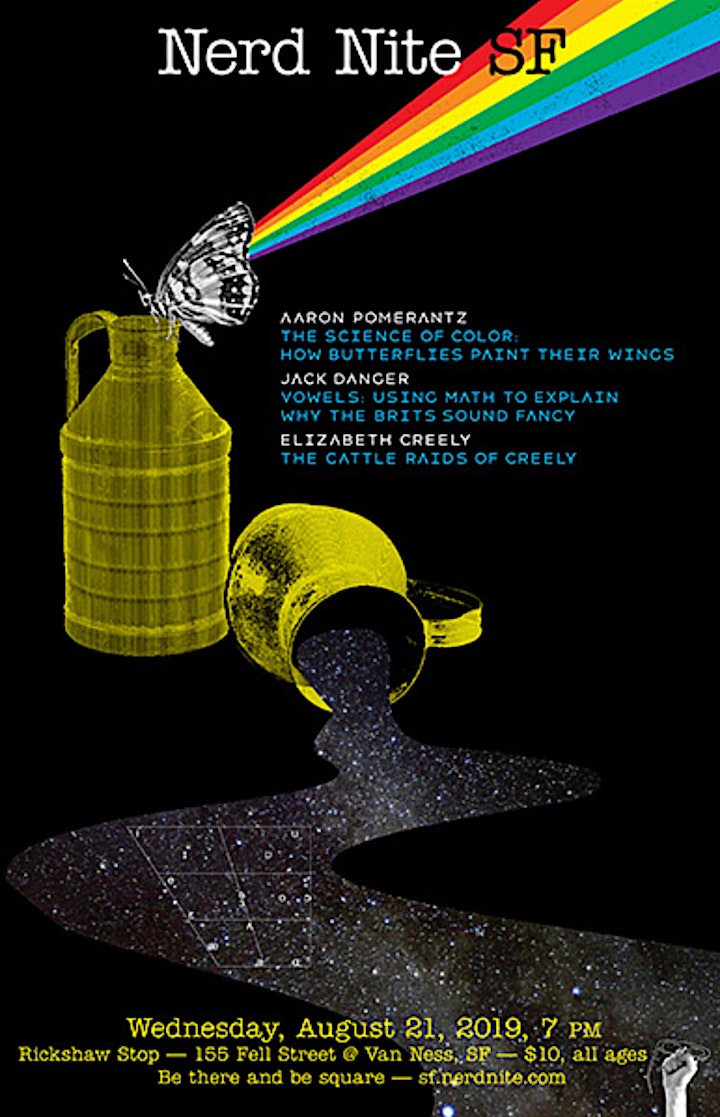