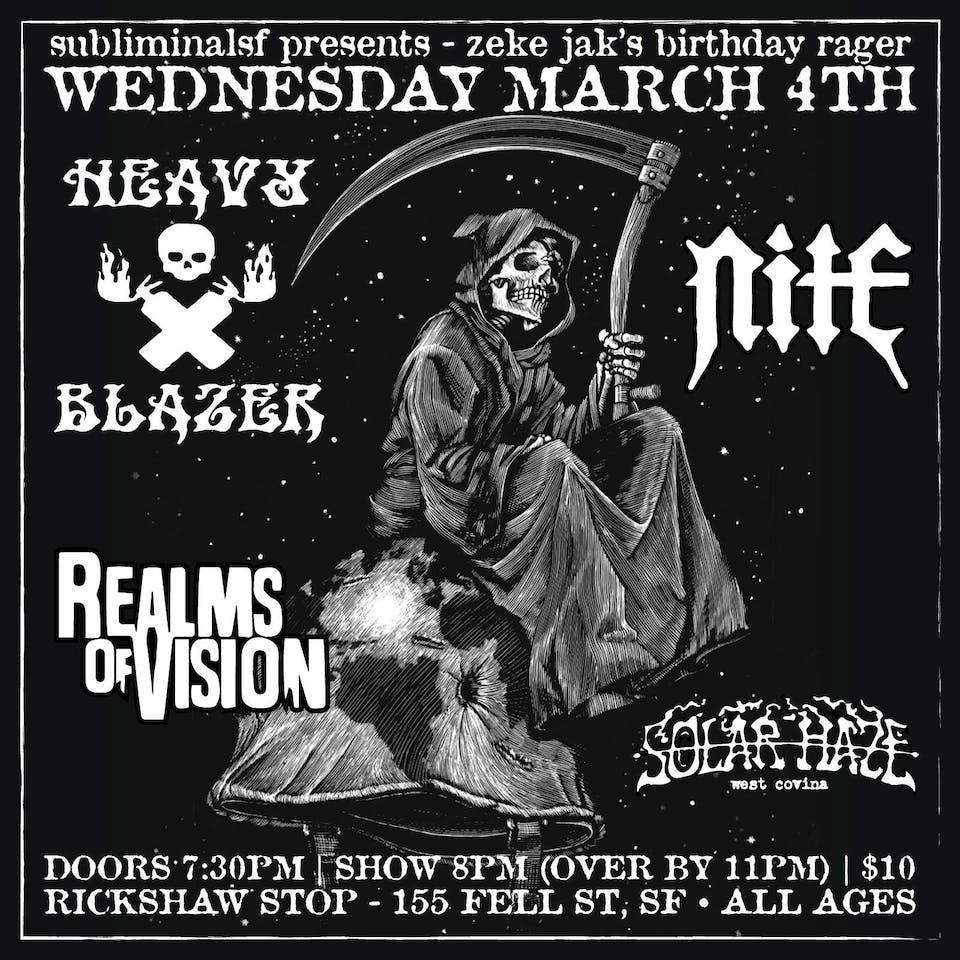 REALMS OF VISION - Started by Frank Costa (formally of Animosity, Entheos), in October of 2015. Joined by Corey Largent (SESOS) and Brandon McCubbin (Water Into Blood), and drummer Mike Ambrose (Set Your Goals, U.S. Light Brigade), the group set out to start the beginning of a dark, heavy, and melodic discography. https://realmsofvision.bandcamp.com/

SOLAR HAZE is composed of Stephen Falla, Ryan Falla, Robert Paul Ochoa, and Ross Cowan. The band was formed by brothers Stephen and Ryan in 2015 with Ross joining a year later. Solar Haze plays dynamic rock music that ranges from fast, pounding, in your face aggression to doom riffs that sound like they came from the dark corners of space. The band has a variety of influences that range from Iron Maiden to Sleep and you can really hear all the different influences in each of their songs. https://www.facebook.com/pg/solarhazeband 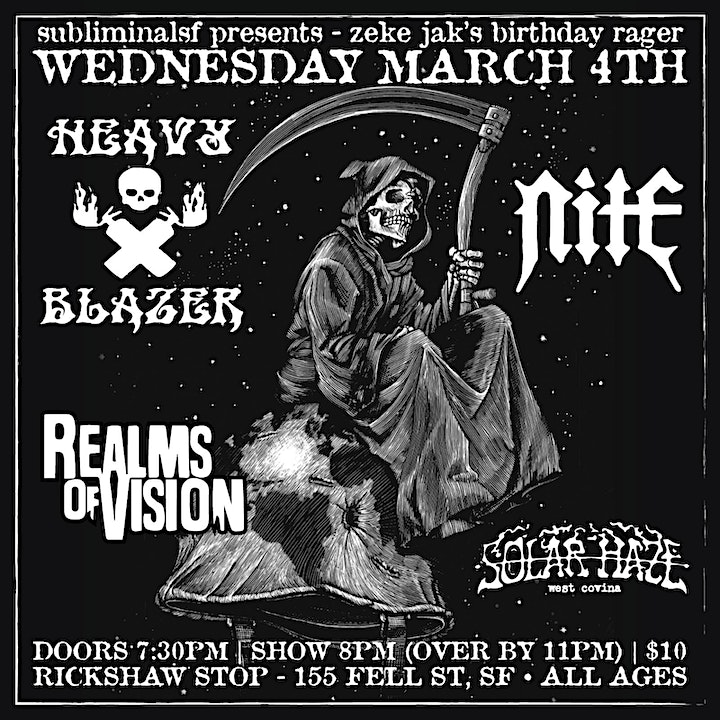