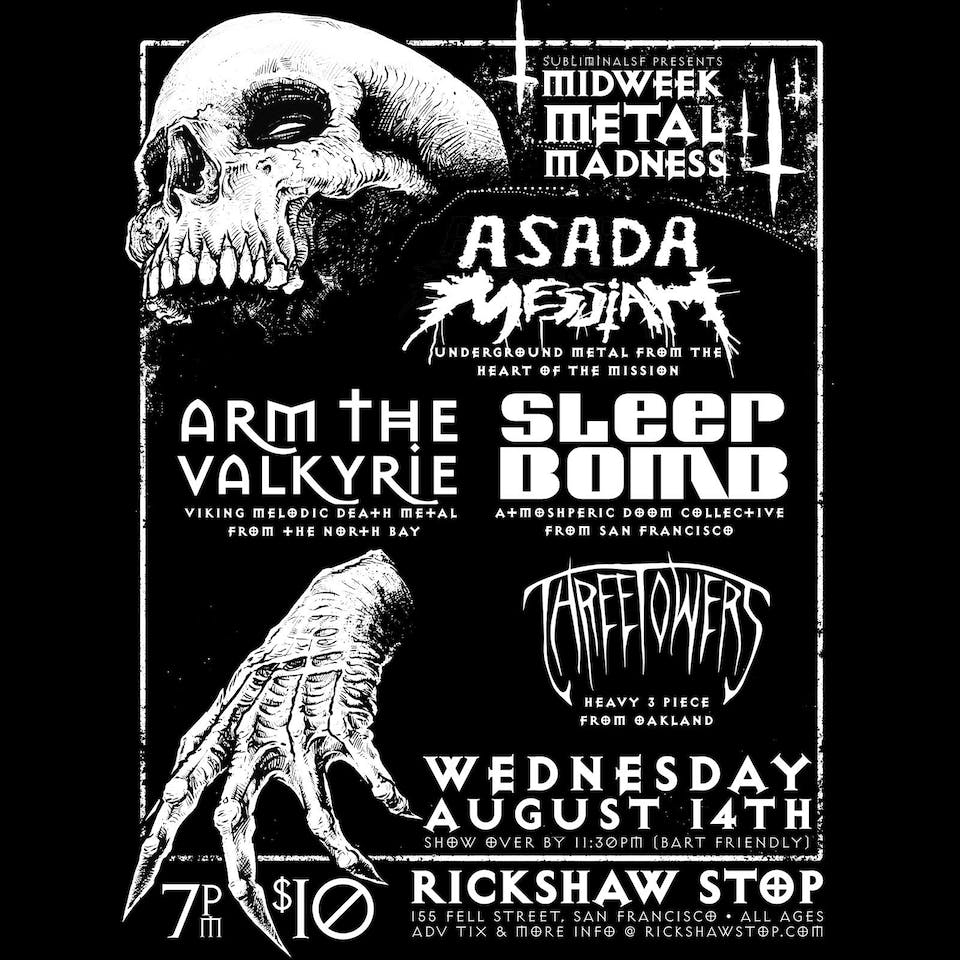 ASADA MESSIAH has churned out a tasty dose of underground metal since 2008, with the release of their first EP Grill 'Em 'All. Their style reflects their love of all things metal, ranging from classic hardcore and thrash to epic doom metal riffs. In 2012, they self-released their first full length album Cross Contamination. Which is a heavy, riff-laden homage to midnight movies. https://www.facebook.com/asadamessiah

ARM THE VALKYRIE was born over a game of Magic the Gathering between Steven, Anjrew and Nik in February of 2018. We wanted to create powerful, epic metal inspired by bands like Amon Amarth and Wolfheart. Ed joined the band on lead guitar a few months down the road after hearing our first E.P Sojourn. He was a natural fit adding beautiful lead melodies over our heavy riffs making everything all the more powerful and dynamic. Christian was the final addition to the band in August of 2018 picking up the bass lines quickly and adding his own flavor to the songs, pushing them in direction we had not even considered up to that point. https://www.facebook.com/armthevalkyrie/

Since 2005, Sleepbomb has provided eclectic and exciting live scores for films around the SF Bay area. Previously a mostly improv experience, the current iteration of the group, established in 2015, has focused on more structured work; writing full scores for Fritz Lang’s Metropolis, F.W. Murnau’s Nosferatu and John Milius’ Conan the Barbarian, in addition to stand-alone shorter works performed with themed montage visuals. https://www.facebook.com/Sleepbomb/ 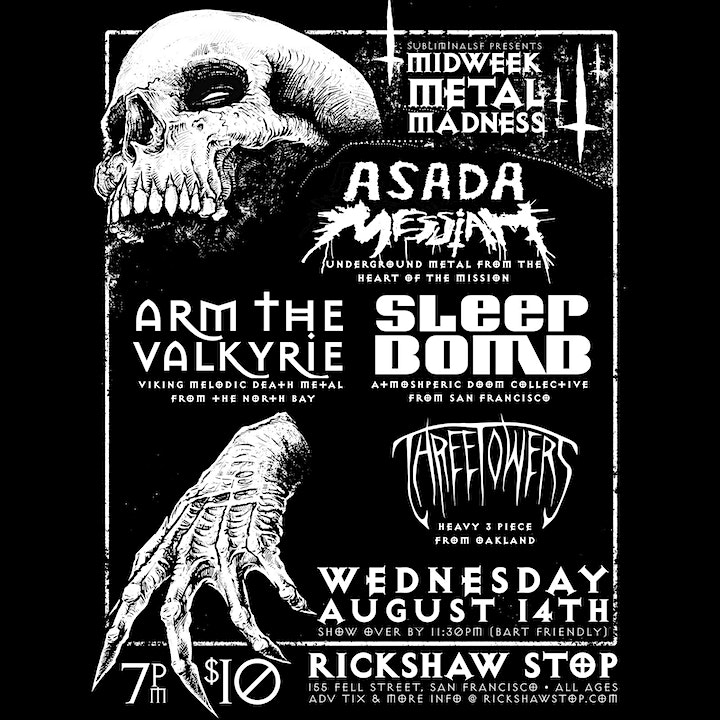