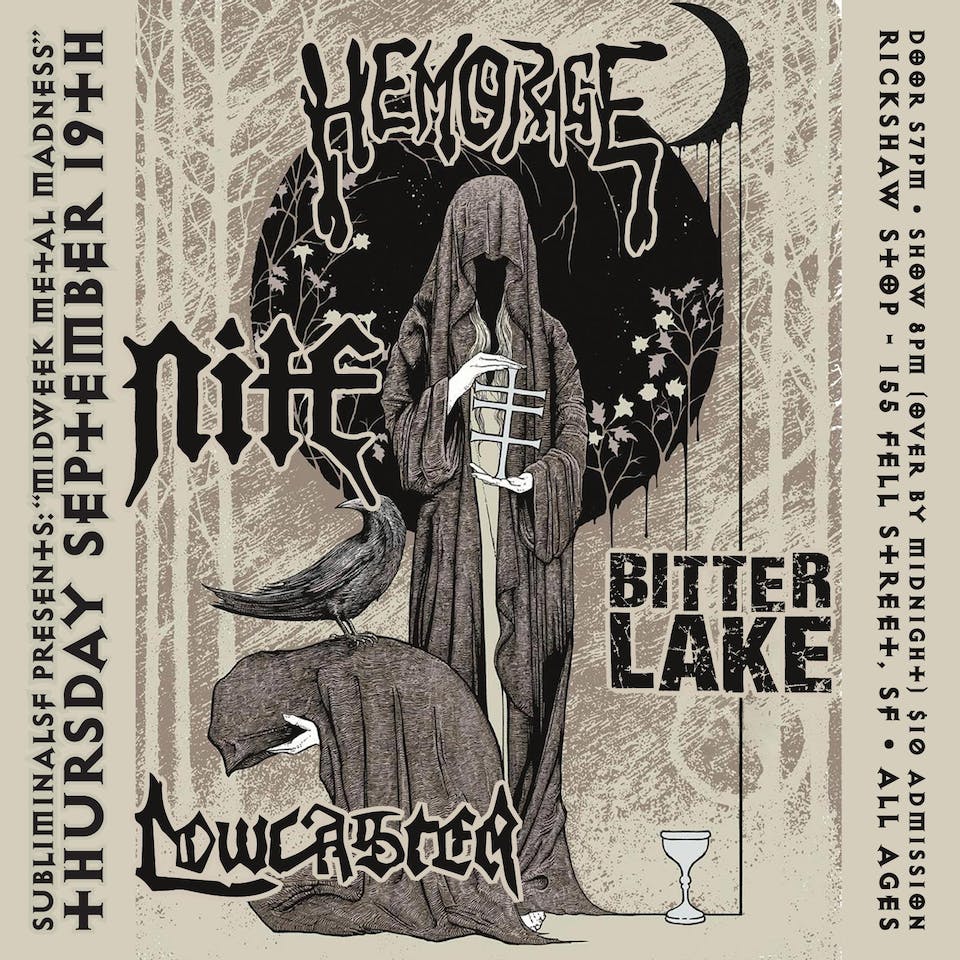 "HEMORAGE has built a great following in the San Francisco Bay Area with their tenacious DIY attitude and in your face metal music. Their hard work and great tunes has a fan base that is spreading throughout the US and across many international borders. These guys are some of the hardest working musicians I’ve seen. Bands like Hemorage deserve to be heard and the best thing about them, besides their music, is their attitude about not following the mainstream!" - Joey Voodoo https://hemorage.bandcamp.com/

Out of the ashes of the experimental/industrial/alt metal duo, La Fin Absolute Du Monde, BITTER LAKE was born. A sonically dissonant, yet groovy explosion of passion and social consciousness. Part Dead Kennedy’s, part Rage Against the Machine, Part Public Enemy. Bitter Lake’s 3 song EP, “This is Not A War, This is Revolution” is an unrelenting introduction to the aural brutality of the raw rage that Bitter Lake unleashes on the listener. https://bitterlake.hearnow.com/ 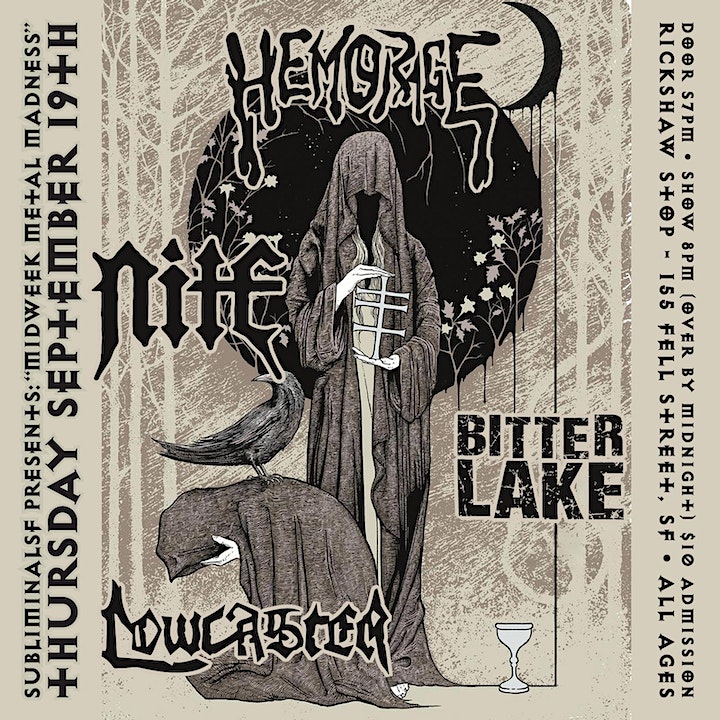