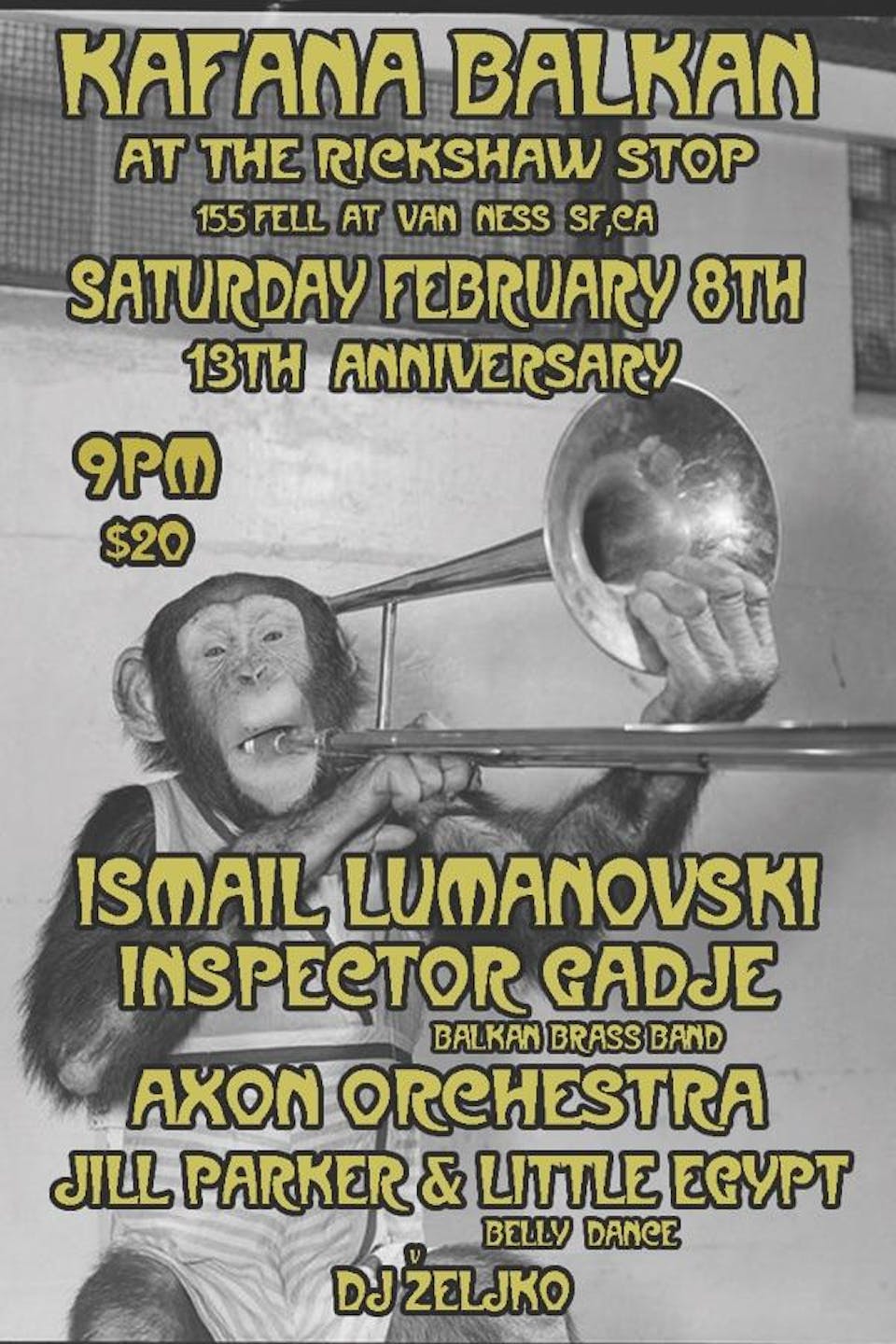 "Best Crazed Gypsy Brass Band Dance Party in SF: Yes, this occasional Kafana Balkan party is pretty much the only crazed Gypsy brass band dance party in town, but that doesn't make it any less special. Where else can you find hundreds of swarthy men with dangling moustaches and pork-pie hats dancing with slinky ladies in diaphanous dresses and hot-pink hair? (Okay, besides a Joanna Newsom show.) Kafana Balkan also offers live, horn-driven mayhem from the likes of Brass Menazeri and Edessa, as well as everything from Balkan hip-hop to crazy Gypsy funk spun by DJ Zeljko." --SF Weekly https://www.facebook.com/kafana.balkan

Ismail Lumanovski performs internationally and leads the New York Gypsy Allstars, is perhaps the first Roma clarinet player to graduate from the Juilliard School of Music in New York. His mastery of Western classical and Eastern folk music have elevated both musics to new heights, and indeed to new octaves in the clarinet. The New York Times described him as a"...brilliant, fearless young clarinetist..." and Time Out New York remarked that he’s "A showboat of a performer . . . an adventurous, modern-minded front man."

Fourteen-piece (eleven horns, an accordion, and two drummers) Balkan brass band Inspector Gadje has been described by the SF Chronicle as an “instant party atmosphere.” Inspector Gadje has been delighting audiences in San Francisco and beyond since 2010 when the band began through a collaboration with Voice of Roma, a non-profit that supports Romani cultural causes world-wide.

While Lumanovski and Inspector Gadje each stand tall as performers in their own right, together they have a certain synergy and magic that take their music to new heights. Tight and adventurous arrangements, grooves that get under the skin and into the feet, and epic solos come together for music that touches the heart, stirs the soul, and moves the body. http://inspectorgadje.com/ 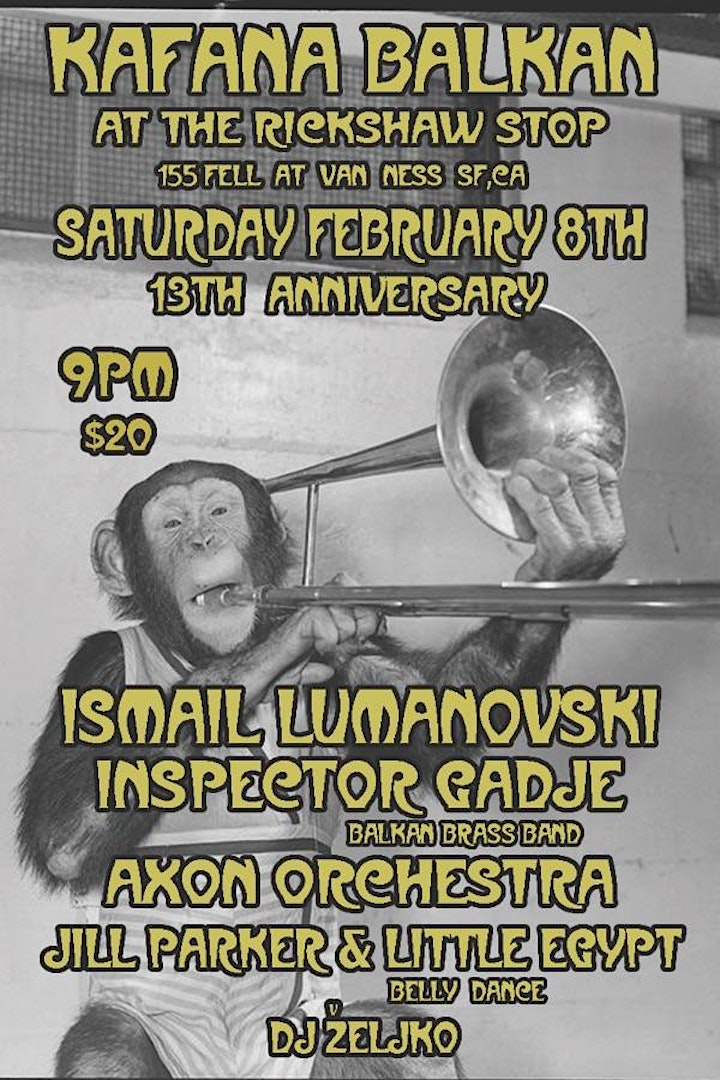