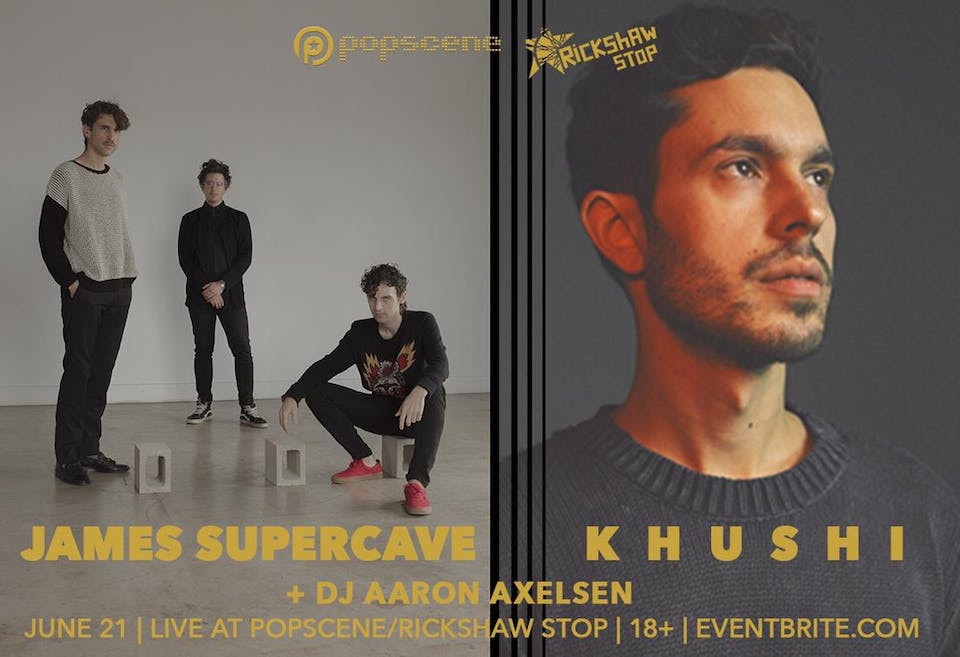 LA-based James Supercave combine psych aesthetics with a pop sensibility creating a groove-hugging sound that’s dark but inviting. Hailing from Echo Park, the trio of Joaquin Pastor, Patrick Logothetti and Andrés Villalobos blend a range of influences and sounds - at once groovy and rhythmic, other times soulful and freaky. After dropping a debut EP, 2015’s The Afternoon, Supercave shared the stage with bands like Warpaint, Chet Faker, Jungle and Future Islands, before returning to studio. http://www.jamessupercave.com/

'Somewhere between the second and third minute of Khushi’s “Freedom Falls,” what has been a fragile affair emerges from its cocoon. Kalim Patel’s full vocal range is revealed, along with an ear for ambitious, orchestral arrangements. It’s a departure from his work as part of London trio Strong Asian Mothers, and part of a coming album mixed by James Blake.' -Pigeons & Planes https://khushimusic.com 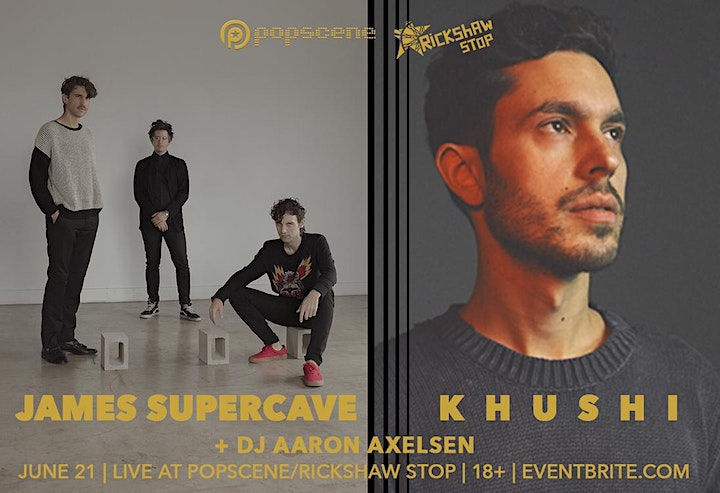