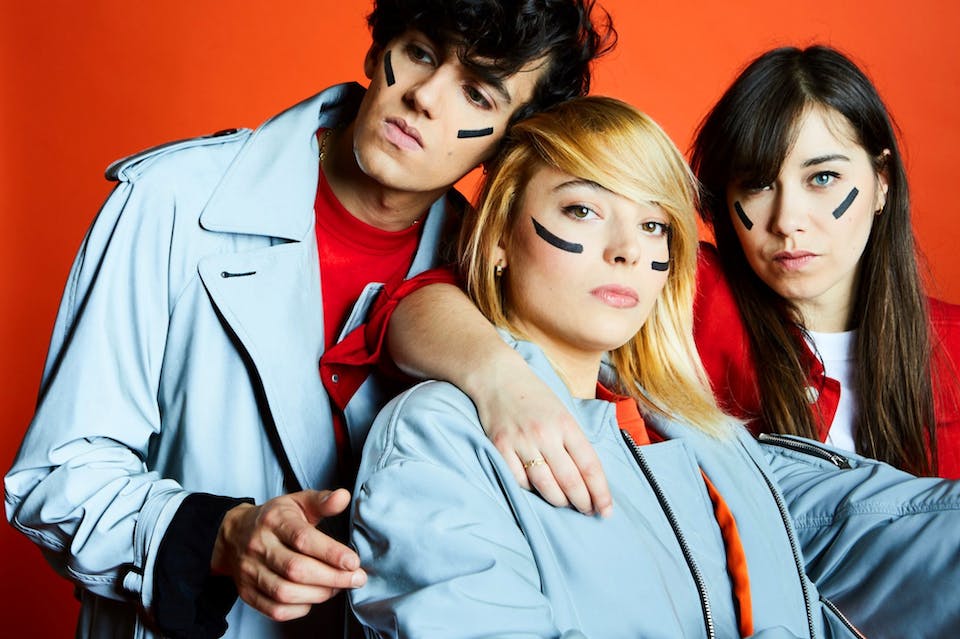 Because of the COVID-19 crisis, Hyphen Hyphen is postponing their May 2020 tour. We're sorry for an inconvenience this has caused you.

This is a make-up date for the Dec 4 and May 14 shows. If you had tix for those shows, they're good for this one too. If you want a refund of your tix, please let us know by Dec 1.

In 2016, those who did not know them yet would discover Hyphen Hyphen on the prestigious Victoires de la Musique stage for an explosive performance of the single "Just Need Your Love." The group had just won the Best New Live Act Award. A logical coronation for the young 25-year old French artists, who have become masters of the art of embracing the crowds during intense concerts. Hyphen Hyphen has a track record of several hundreds of dates in the biggest venues and festivals.

An impetus and a wild strength, are across all the new compositions of the trio. HH is a grand, lively album; one in the form of a slap (and we're asking for it again): free in the way it draws on all the genres. It draws equally as well on the groove of RnB as it does on the immediateness of pop or the trance of UK House. A logical eclecticism for a group whose musical hall of fame brings together artists as varied as Kanye West and Chopin, Destiny's Child and B.B King. A great album too, in the way it puts together lyrics rich in meaning.

Hyphen Hyphen do dance for sure, but with their heads full of everything which has made up this zeitgeist: sexual freedom, a quest for intoxication and feminism.

SUMif is a San Francisco-based electro-pop outfit spearheaded by Steph Wells. Inspired by artists such as Ellie Goulding, Jack Garratt, and Tove Lo, the project released ten singles from 2016 to 2017 – including the #1 Hype Machine hit “Lay Down” – and has since opened for VÉRITÉ, Ella Vos, RKCB, Lauv, Little Boots, and KUČKA. Joined onstage by synth/guitarist Rahi Kumar, SUMif is what The Bay Bridged calls "an enormous roar" and “one of [2016's] best female vocalists" according to Indie Shuffle.
DJ Aaron Axelsen 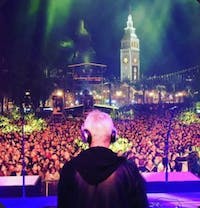