In the Wildwood Tarot deck, the ‘Four of Arrows’ is adorned with a painting of man face down on the ground. The titular arrows surround him, sticking straight up from the ground but never making contact; a large butterfly hovers above him. The card symbolizes rest – a call to recharge and recovery. This card revealed itself to Great Grandpa’s Pat Goodwin in a reading and the symbolism aptly embodied where he and his fellow bandmates were in their lives.

Following the 2017 release of Plastic Cough, the band were a unit, they lived together, worked together, and toured tirelessly across the country. As tours ended and band members relocated across the US, they found themselves suddenly separated and eventually isolated. The time spent apart wasn’t planned, but it proved to be necessary. It was a chance to gain perspective into their lives, relationships, and creative purpose.

Thus enters Four of Arrows, a creative turn toward introspection and Great Grandpa’s collective result of rest and solitude. Undoubtedly, the 11 songs comprising Four of Arrows are a departure from the playful nods to pizza and zombies on Plastic Cough. The writing and recording process had evolved — less Seattle garage jams and more vulnerable solo songwriting sessions. Most of the songs on Four of Arrows were written in isolation by Patrick and Carrie Goodwin while traveling and living in the Midwest. Though written separately, the songs came to life when the band reunified and began recording with producer Mike Vernon Davis (Modest Mouse, Portugal. The Man) on New Year’s Day in 2019.

The band instantly found common threads between their individual contributions, citing mutual love and admiration for vulnerable and emotionally resonate music. Four of Arrows embraces subtlety and pays close attention to the quiet. From the methodical dirge of “Dark Green Water” into the haunting and howling guitar of “Digger” — Great Grandpa try something new by letting the acoustic guitar and piano lay the foundation for many of the album’s tracks.

Despite the quiet, Alex Menne’s charismatic vocals burst triumphantly through on each song. The attention to detail is clear down to each echo and the silky addition of vocoder. Since most members contributed lyrics, Menne is that of an emotive voice for the group — channeling the heart of each song’s message and keeping Great Grandpa’s playful touch alive.

The songs weave through the pains of familial divisions, partnership, internal and external forgiveness, and the struggles of mental illness. Pat Goodwin describes “Digger” as the emotional pillar of the album. The lyrics allude to the titular tarot cards and set the scene for Four of Arrows — solitude and an exploration of the obsessive, neurotic and even paranoid existential questioning seen in ourselves and the characters in our lives. “Shouldn’t go out in the darkness” repeated over tranquil guitar, serves as the mantra of the song before it erupts into an evocative and tense outro. https://www.greatgrandpa.band/

Alien Boy is a loud gay band from Portland, OR writing love songs for queers. It’s dreams and queer feeling, and it’s for you not them.

In a scene where abstruse lyrics and ironic detachment are all the rage, Alien Boy’s high-stakes, loud pop is as refreshing as it is surprising. In the grand tradition of emo and pop-punk—and perhaps rock ’n roll in general—lead singer and songwriter Sonia Weber uses her songs to communicate subdued desires and secret grievances. Alien Boy’s debut LP Sleeping Lessons is a collection of lullabies for the pop masochist; like all good, emotional music, Weber’s songs are resonant because they’re unmistakably human.

Alien Boy takes their name from a Wipers song, but elsewhere the group’s PNW lineage is felt in a mordant grit gleaned from Team Dresch and early Heatmiser. It sets the tone for Weber to mix her deep-seated love of early 2000's generational touchstones with a Britpop frostiness to brilliant and totally unique results—from the tremolo dives and Stone Roses references on Ride-y opener “Somewhere Without Me”, to the sun-kissed, sub-three-minute power pop bliss of “600 Days”. Weber’s melodies are so bright and effective it’s easy to forget they come from a place of absolute emotional torment. https://www.facebook.com/alienboypdx

When first arriving on the Bay Area music scene in late 2014, Pllush made a dent with a powerful set of tracks that fit nicely within the rising wave of shoegaze/dream pop revival bands at the time. However, due to an undeniable songwriting prowess that extends far beyond convoluted pedal-board setups or louder amps, Pllush had elevated themselves into a league of sonic mastery, not dissimilar from obvious touchstone influences (i.e. Mazzy Star, Slowdive, Portishead). The quartet’s second batch of songs, Please, furthered their growing following and replaced their initial gravitation towards maxed-out guitars and splashed cymbals with an eerie, groove-filled bent, channeling Drop Nineteens at their most tender, and imbuing Grass Widow-esque layers of harmony into songs already dense with melody. https://pllushsf.bandcamp.com/ 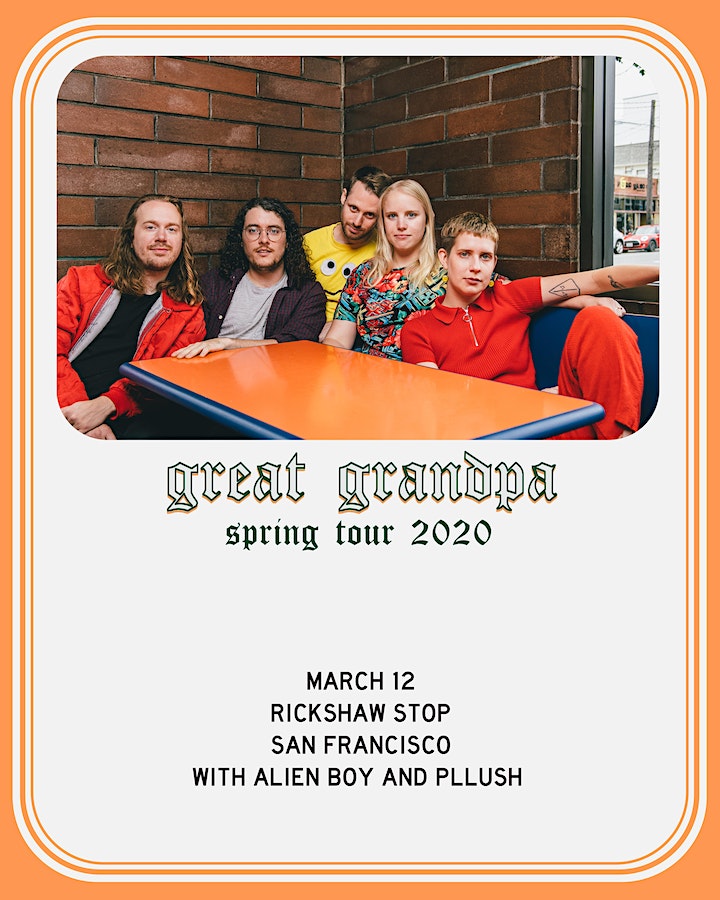 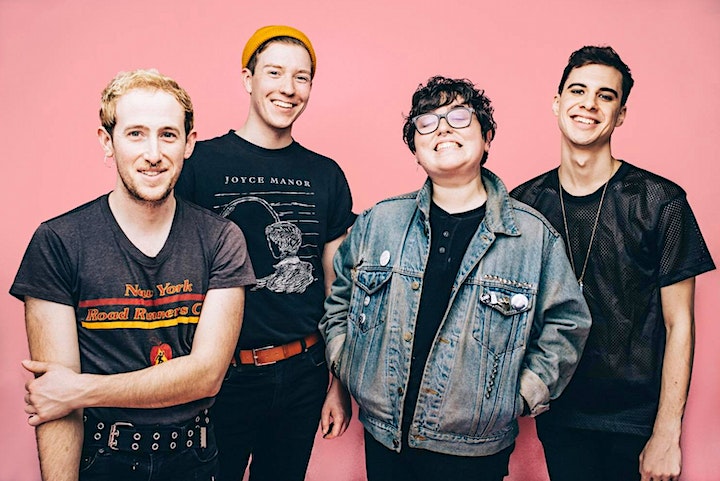 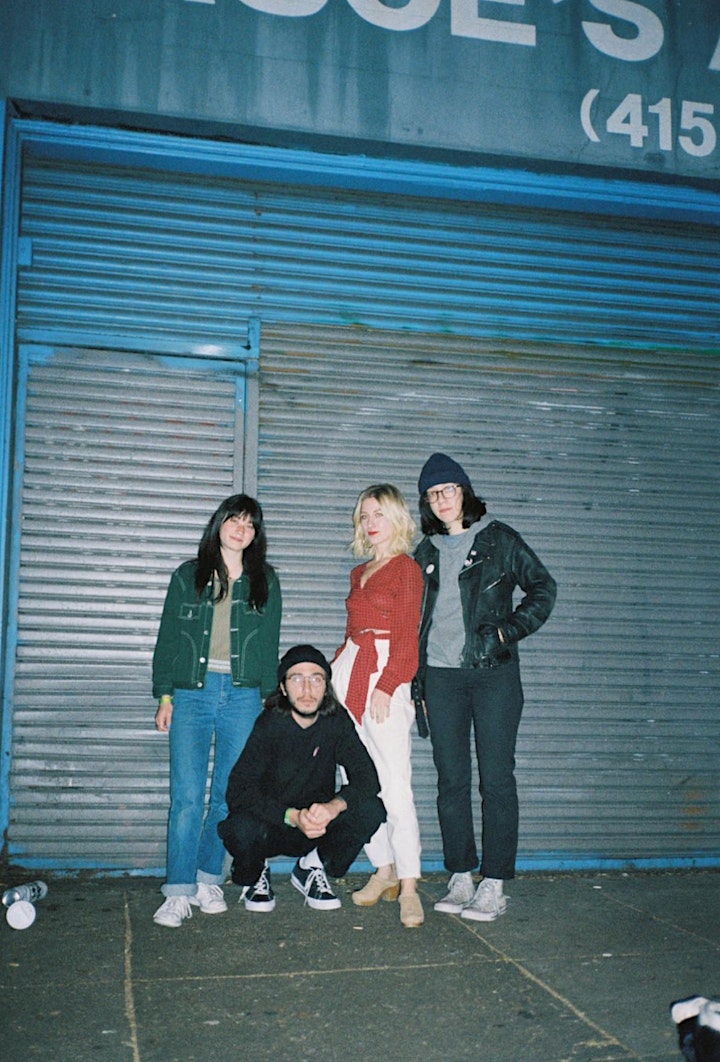