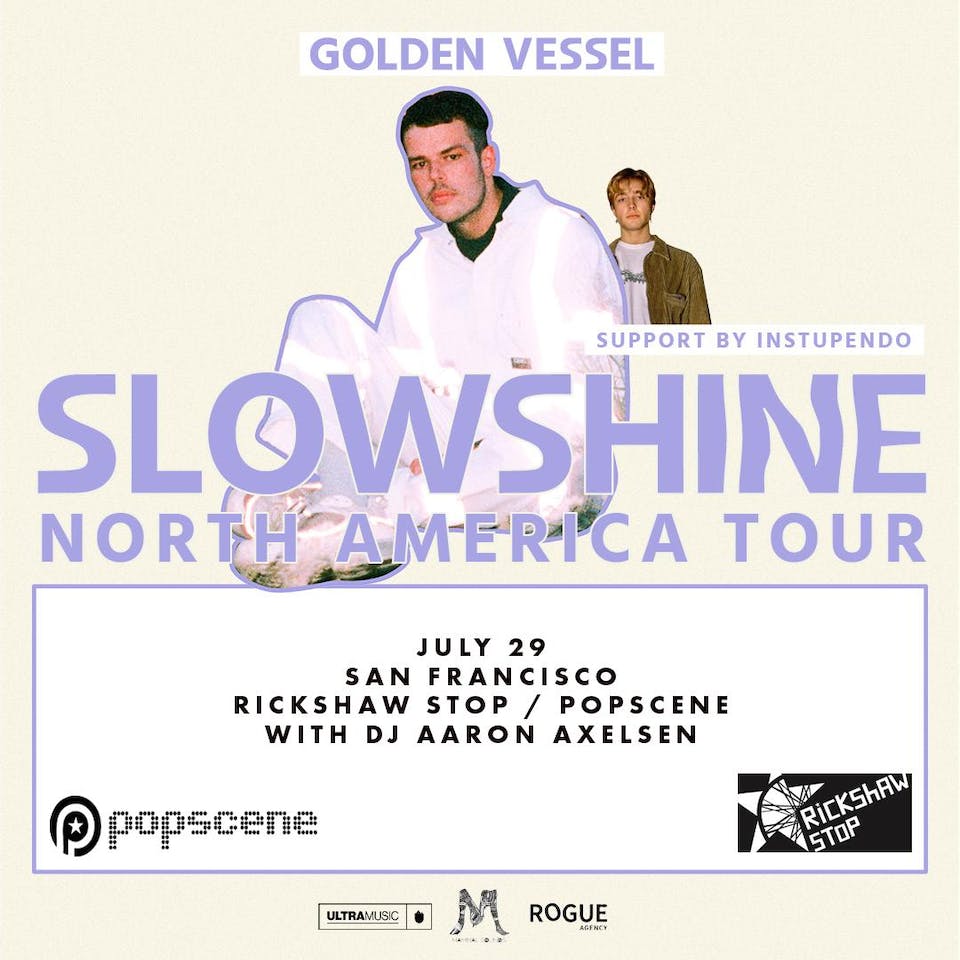 Presented by Popscene and Rickshaw Stop

Max Byrne is a producer out of Brisbane, Australia, who is making chilled electronic music under the name Golden Vessel. The 20 year-old songwriter is already creating music at a level of professionalism that many artists strive to reach after working away at their sound for many years. His smooth electronic arrangements of down-tempo beats feature elements of hip-hop, trap and soul, all laced in a pristine lo-fi sheen. This week Golden Vessel is very excited to share the news of his debut North American headline tour that will be happening throughout July 2019. The “SLOWSHINE TOUR” will see him traveling across most parts of North American playing 21 cities over 34 nights and joining him as main support for the entire tour is one of his good friends, a NYC producer known as Instupendo. https://www.facebook.com/goldenvesselau

Philadelphia electronic artist Instupendo floats into earshot with original downtempo compositions that listeners say they turn to when they feel, or want to feel, a certain way. Dancing Astronaut compared his distinctive sound as “something akin to taking Tycho’s work, incepting it into a dreamscape, and slowing it way down”, while The Deli Magazine called it “lucid while out of focus; a silken and ethereal logic operating somewhere in the space between trap and ambient. https://www.facebook.com/instupendo

Orders place for the sole purpose of resale will be cancelled. Orders exceeding the 6 ticket limit subject to cancellation. 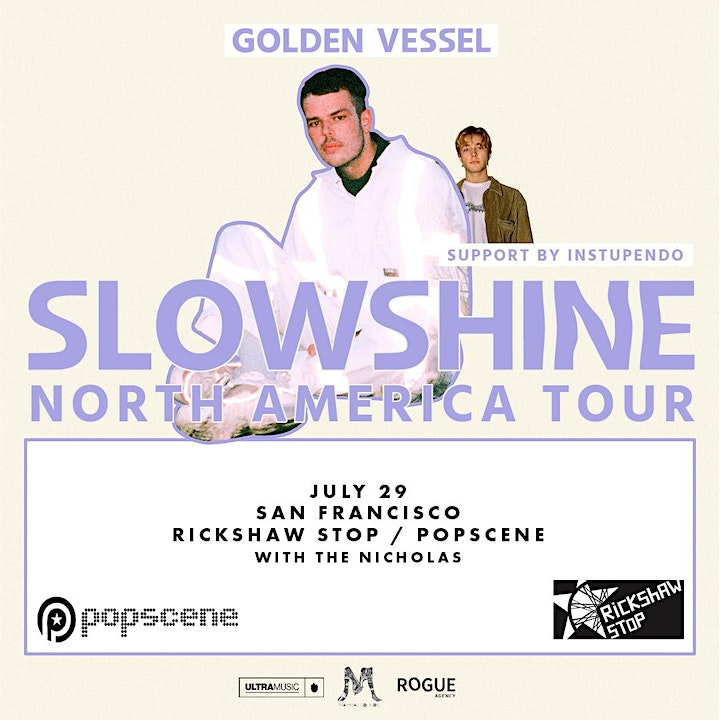 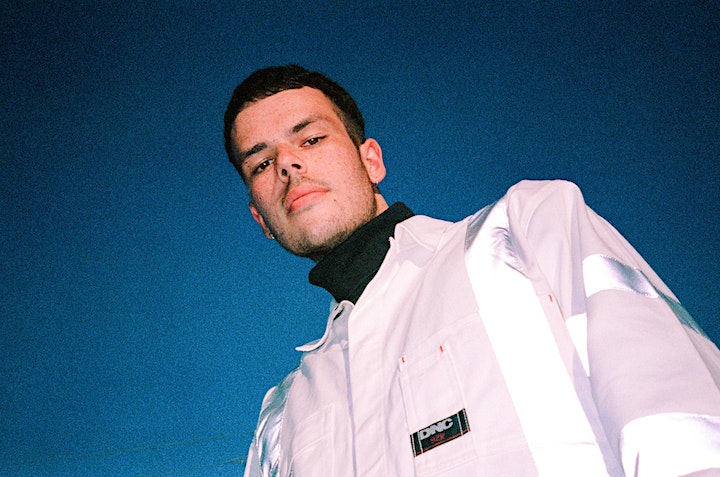 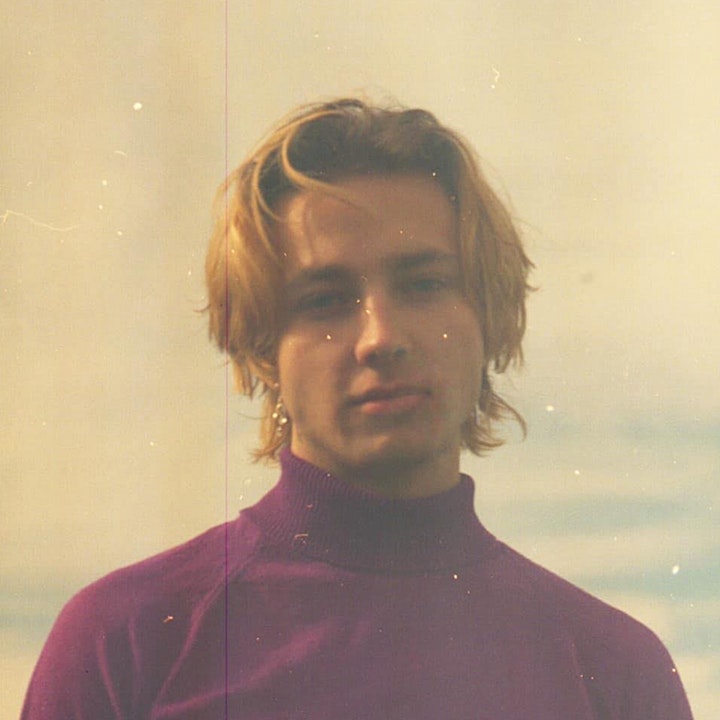