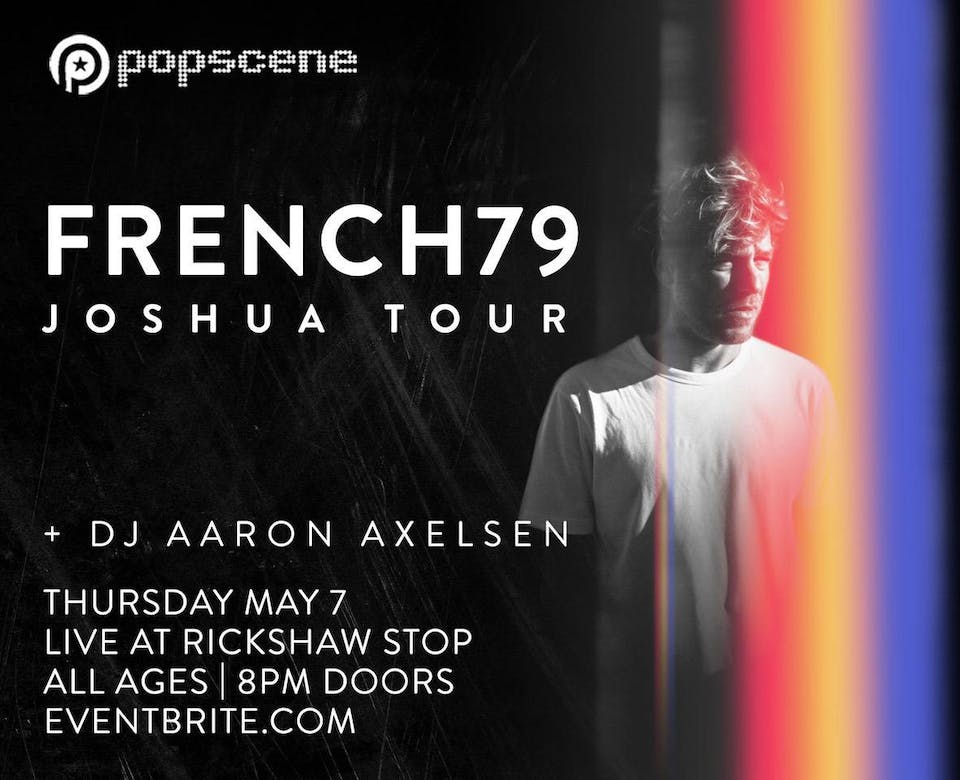 In 2014, French79 appeared on a music scene limited to the French territory, or so he thought. Within just a few months it quickly became an international hub that elevated the artist's career. The single Between the Buttons, a contemplative, synth heavy gem enhanced by a beautiful arpeggiator, excepted from his first EP Angel, instantly placed him on the list of today's most important producers. This first successful attempt enriched the tracklist of the album Olympic, alongside another pop gem, "Diamond Veins," a duet with North American diva Sarah Rebecca. The album was quickly met with a worldwide audience, paving the way for Simon Henner to acquire over 150 concerts around the Globe. This led him to becoming an ambassador for Marseille's electronic scene -- a territory he had already stepped into with the various projects of Husbands, Nasser and Kid Francescoli.

Joshua is the follow-up album to Olympic. While the second album, typically, often shows what critics call "maturity," here Simon has released instead an album of adolescence. The musician opened up his own memory box to contemplate his childhood souvenirs, and dust them off of all nostalgia. At that time, he would VHS-record movies from TV and tape record soundtracks directly from the TV speaker, so he could listen to them in his bedroom. This is when he "discovered the power of music, the way it makes you enter another world, far from reality. I wanted to pay tribute to the era I shaped myself in -- the '80s and '90s." Tangerine Dream, Kraftwerk and Soft Machine. Logically, these are the sonic signatures that seem to haunt the album. The timeless pioneers of synthetic music constitute the sound references, without any established chronological timeline, that blend with the atmosphere of typically "French Touch" movie soundtracks -- long before the term was even coined.

The name Joshua has two meanings for French 79: one is linked to the idea of nostalgia, the other to adventure. On the one hand, the computer in the 1983 movie Wargames, and on the other, the boat of French sailor Bernard Moitessier. https://soundcloud.com/french79music 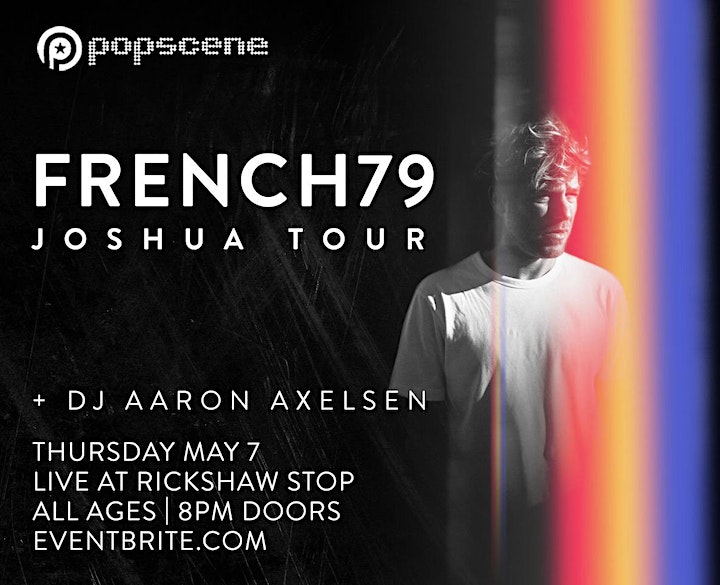